Insider Exposes The Reality Of The Alien Presence! 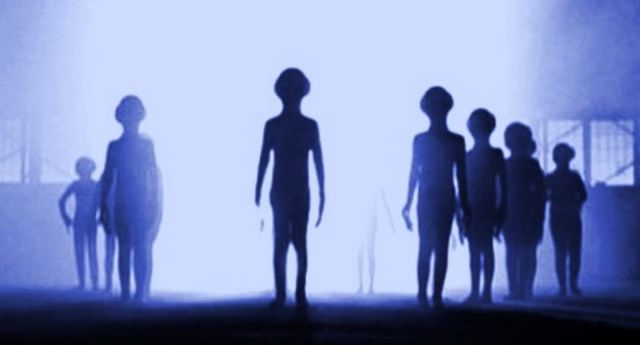 In this historic and powerful Dark Journalist episode Host Daniel Liszt welcomes Watergate Lawyer and Author Douglas Caddy. Caddy is well-known for being the Attorney of the Watergate burglars who mysteriously broke into the Democratic National Committee (DNC) looking for secrets that have never been revealed.

Caddy was close personal friends with ultra CIA insider and Super Spy agent E. Howard Hunt, who used Caddy to represent his many non-intel projects, but later lured him in to represent the Watergate burglars while keeping his own role hidden.

In their final meeting Hunt shared never before heard details of the JFK Assassination with Caddy, including the fact that the Watergate burglary was instigated as a mission to obtain vital documents regarding hidden evidence in the DNC that revealed details of a massive conspiracy to assassinate JFK.

In a bombshell twist, Hunt then revealed that JFK was killed for his attempts to expose the reality of the Alien Presence and share it with our Russian Cold War adversaries.

Since the original UFO flap of 1947, the US had created a secret group sometimes referred to as 'Majestic Twelve' or ‘MJ12' to study the phenomena and to reverse-engineer technology that was recovered.

This secret MJ12 group began to grow beyond it’s mandate and eventually slipped away from presidential supervision and formed a Breakaway group operating inside the National Security State via elements in the CIA.

When Kennedy discovered this covert group operating outside the purview of the President he instituted a number of initiatives to regain control over the advanced research and technology achieved with knowledge of the Alien Presence.

One of these initiatives was to share our knowledge of the UFO Phenomena with our Russian Cold War enemies in the Soviet Union, and institute a joint Space Program/Moon Mission to avert a new arms race in space.

Documented official memos from JFK, including National Security Action Memorandum 271, direct NASA to institute a new policy of cooperation in space exploration with the Russians, another memo, recently released under the Freedom of Information Act, shows JFK told the CIA to hand over all data concerning UFOs with an emphasis on “High Threat” cases.

These memos were dated November 12th, 1963, only ten days before JFK was killed in Dallas, Texas and are further evidence that he was assassinated because of his exposing of the UFO secret.

The UFO cabal were not going to let him show the world what the National Security State decided was their own private discovery. They were willing to remove a sitting President to maintain their UFO Technology Secrecy!