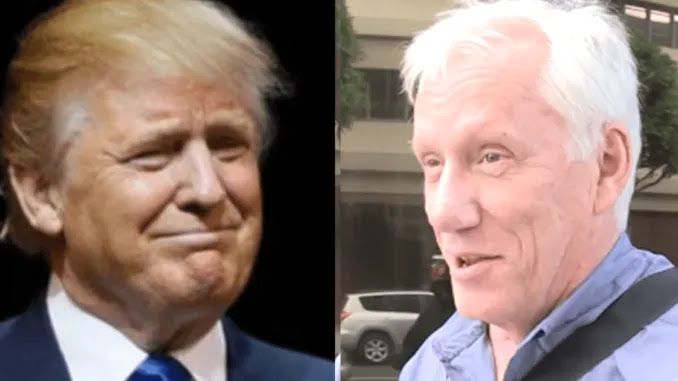 “This is our last stand, folks. And here’s your last defender. If they take him down, America is gone forever. Vote for @realDonaldTrump like your life depends on it,” Woods tweeted.

Trump himself responded and said thank you, but unfortunately it appears that lefties were triggered by the actors message.

RT reports: Hearing an entertainer espouse conservative politics is not nearly as common as hearing them align themselves with liberal causes, so despite Woods being outspoken for years about his support for Trump, he found himself trending on Twitter and being attacked by critics of the president, some of whom were openly wishing his death would have been what inspired his name to start trending.

Others took to accusing him of being a “white supremacist,” though providing no real evidence of racism.

“I never thought James Woods was a very good actor. But he’s actually pretty convincing as an over the top white supremacist who will stop at nothing to get an imbecilic president re-elected,” author Brian O’Sullivan tweeted.

Woods, best known for roles in films like ‘Casino’ and ‘Hercules,’ has claimed since becoming more politically vocal, he has been “blacklisted” within Hollywood and acting opportunities have dried up, despite being a two-time Academy Award nominee.