‘America or Trump, You Can’t Love Both’ Says Alyssa Milano 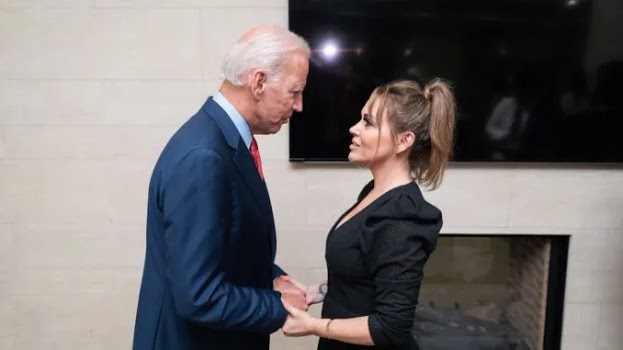 Alyssa Milano has declared that Americans have to choose between “America or Trump” because the country “can’t love both.”

Following Thursdays presidential debate between President Trump and Joe Biden, during which Biden claimed, “We had a good relationship with Hitler before he invaded the rest of Europe”, the left-wing actress tweeted: “America or Trump. You can’t love both”. Milano included the hashtag “#BidenWon.”

America or Trump. You can't love both. #BidenWon

Breitbart reports: Milano did not elaborate on why she believes love for the United States and President Donald Trump are mutually exclusive.

In a bizarre move, Biden claimed that his son Hunter Biden “has not made money” from China, which was false, as Hunter Biden’s law firm received nearly six million from a Chinese oligarch who sought power and influence in Washington, D.C.

Joe Biden also claimed during the debate that President Trump is responsible for up to 220,000 American deaths — another false claim, given the fact that the coronavirus originated from Wuhan, China, and the nation was not forthcoming about the severity of the outbreak. Moreover, leaked documents show that the World Health Organization (W.H.O.) was aware that China was withholding key information, yet the organization publicly praised the communist country for its so-called transparency.

Earlier this month, the actress declared that her support for the Defund the Police movement was a call for a “radical reconstruction of society.”

“I think what we’re facing right now is the need for like almost a radical reconstruction of society,” said Milano.