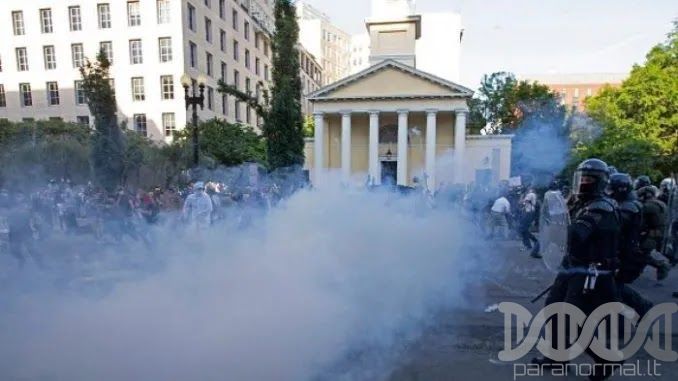 Fox News reports: “All people of good faith agree that what happened to GeorgeFloyd was heinous and depraved, it was murder,” Ingraham began, “But that’s not what we are seeing on our violent streets. We are not seeing outrage really expressed about that. And that’s not what the criminals and the domestic terrorists are perpetrating as they use Mr. Floyd’s killing to try and murder America.

“Earlier in the day, Floyd’s own brother issued a call for peace … but this isn’t what Antifa wants or cares about and it’s not what other radical elements want. They want war,” Ingraham went on. “They want to tear down what took us almost 250 years to build, literally and figuratively.”

Ingraham said those responsible for hijacking formerly peacefuly protests are focused on creating “chaos, terror, and fear across America.”

“Don’t you dare lie to the American people by saying that any of this had anything to do, at its violent core, with George Floyd,” she said.

“The aim of these criminal enterprises, including Antifa, but not limited to Antifa, is to undermine confidence in our institutions of government at all levels, local, state, and federal,” the host went on. “These … acts of violence are part of a coordinated effort to eventually overthrow the United States government. It’s well-funded and it’s well organized on social media.