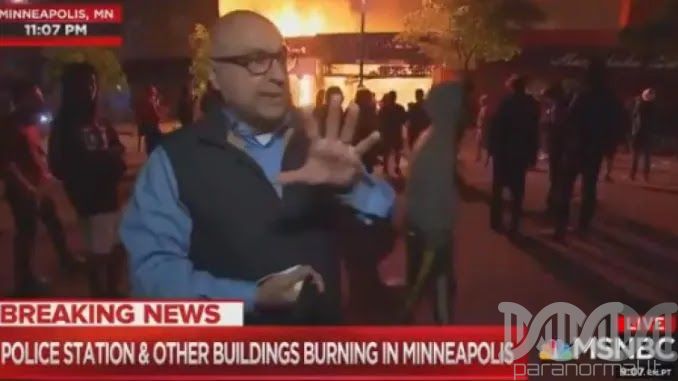 The left-wing media’s attempt to downplay the chaotic riots when they begun erupting in Minneapolis last week was truly pathetic.

An MSNBC reporter said during a live broadcast that the demonstrations were not “unruly,” despite the fact that a building was ferociously burning behind him.

What began as a protest has now turned into one of the most violent riots in modern American history, although you wouldn’t know it by watching MSNBC.

Why you shouldn’t let liberals anywhere near the levers of power, in 12 seconds: pic.twitter.com/RclcSOypb3

Summit.news reports: “I want to be clear on how I characterize this,” said reporter Ali Velshi while describing events on the ground. “This is mostly a protest. It is not generally speaking unruly.”

He said this while a building was being literally consumed by fire right behind him and after a night of absolute bedlam.

One wonders what would have to happen for the riots to be considered “unruly” in the eyes of Velshi.

Would the White House have to be reduced to a smoldering rubble for MSNBC to acknowledge that this is a riot and not a protest?