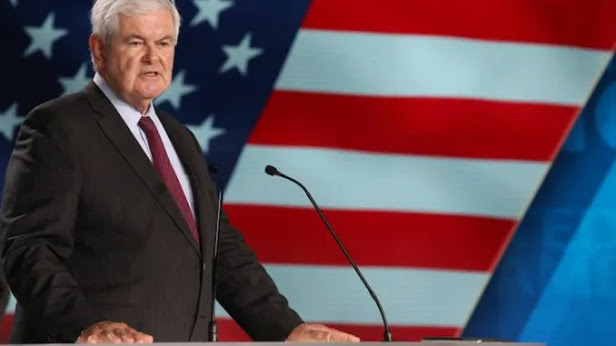 Newt Gingrich has warned that the 2020 election may be the “biggest presidential theft” since 1824 and is urging lawmakers to “demand recounts.”

“The more data comes out on vote anomalies that clearly are not legitimate the more it looks like 2020 may be the biggest Presidential theft since Adams and Clay robbed Andrew Jackson in 1824,” the former House speaker warned in a Friday tweet:

The more data comes out on vote anomalies that clearly are not legitimate the more it looks like 2020 may be the biggest Presidential theft since Adams and Clay robbed Andrew Jackson in 1824. State legislatures should demand recounts

“Basham makes clear the election was almost certainly stolen in 5 states. Every Americanm [sic] should be worried by the theft,” he added:

Every Republican state legislator should read Patrick Basham’s analysis https://t.co/3mUFZtD1Y8 and demand an oversight committee to review their state’s vote. Basham makes clear the election was almost certainly stolen in 5 states. Every Americanm should be worried by the theft.

President Trump and his team have vowed to press on in their fight for election integrity despite the critics. His team outlined their case in a press conference last week, which Trump lawyer Jenna Ellis framed as their “opening statement.” During the presser, Trump’s lawyers —  well as Sidney Powell, who is not part of Trump’s formal team —  presented highlights in building their respective cases, as Breitbart News detailed. Rudy Giuliani detailed affidavits alleging nefarious behavior and blasted the media for continuing to claim that the campaign has not presented evidence.

“It’s your job to read these things and not falsely report that there’s no evidence. Do you know how many affidavits we have in the Michigan case? Two hundred twenty affidavits,” he said.

“They’re not all public, but eight of them are,” he added.

Trump’s lawyers are expected to participate in a hearing on election integrity with Arizona legislators on Monday, Ellis announced on Friday:

Arizona State Legislature to hold hearing on election integrity Monday, November 30. Mayor @RudyGiuliani and I will be present on behalf of President @realDonaldTrump.
https://t.co/b8ORVzEakP