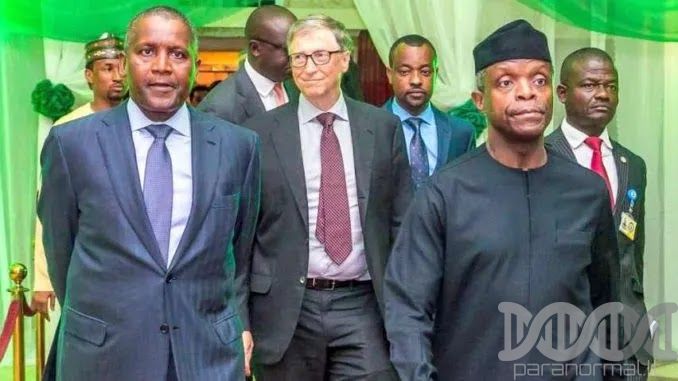 Nigerian lawmakers have accused Bill Gates of attempting to bribe them for the “speedy passage” of a controversial new bill that will make vaccinations compulsory.

The proposed legislation has caused widespread controversy in Nigeria and citizens fear the bill takes away their rights and grants authorities excessive power to enforce measures meant to curb the spread of infectious diseases.

A Nigerian House of Representatives committee investigating the alleged bribery listened to a statement from the Bill and Melinda Gates Foundation denying the allegations on Monday.

“To be clear, the Foundation has not offered any financial incentives to any member of Nigeria’s legislative branch for the passage of legislation nor has it offered any grants to organizations in Nigeria in connection with the same,” Basinga added.

Breitbart report: The proposed legislation has caused controversy in Nigeria, as citizens fear the bill allows Nigerian authorities excessive power to enforce measures meant to curb the spread of infectious diseases such as typhoid, cholera, and dengue fever.

On May 11, the Premium Times reported on the bill’s most controversial sections:

Sections 46 and 47 of the Bill provide for compulsory vaccination of children and adults with some specified vaccines. Section 15 of the Bill empowers the DG [Director General of the Nigeria Center for Disease Control] to issue a notice to take over a citizen’s property and declare it an isolation center without the consent and permission of the owner. Section 24 empowers an Enforcement Officer to get an order from a Court [magistrate] to destroy a building where infectious disease occurred.

In 2018, the Bill and Melinda Gates Foundation agreed to pay off Nigeria’s $76 million polio debt, which the country had acquired to combat its national polio epidemic. The Foundation approved the debt write-off after Nigeria met certain conditions, including the guarantee of  “more than 80 percent vaccination coverage in at least one round [of government-mandated vaccination] each year in very high-risk areas” for polio.

Robert F. Kennedy has slammed Gates and his third-world philanthropy, pointing out that Gates, who holds no medical qualifications, has “landed the job of dictating world health policy with no election, no appointment, no oversight and no accountability.”

“Does anybody else think this is creepy?“ Source