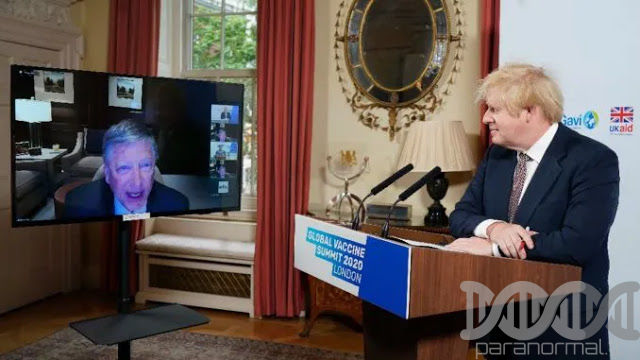 The Kremlin said that Putin had received an invitation from Boris Johnson but had declined to take part. I wonder why?

The Global Vaccine summit was held online on June 4 with the aim of mobilizing the resources needed to ensure global availability of a vaccine against the coronavirus.

A statement on the UK Government’s website said: “The summit aims to raise at least US$7.4 billion to help Gavi protect a further 300 million more children against infectious diseases like measles, typhoid and polio and save up to 8 million lives over the next five years

Speaking at the Summit, Johnson urged unity among all nations, describing the need for a NATO-style alliance to defend humanity from the common Covid-19 enemy, according to Sky News

“So today we make the choice to unite, to forge a path of global cooperation and let us also renew our collective resolve to find that vaccine that can in the end – who knows how soon it will come, let’s hope it comes as soon as possible – that in the end can defeat coronavirus,” Mr Johnson said, speaking to a virtual audience across more than 50 nations.

Gulf news reports: The event, which raised $8.8 billion, exceeding its target, was a pledging conference for the vaccine alliance GAVI which says the funds will be used to vaccinate about 300 million children in dozens of countries against diseases like malaria, pneumonia and HPV.

GAVI also announced a new “advance market commitment” mechanism to enable developing countries to get any effective COVID-19 vaccine when available. It hopes to raise an additional $2 billion for that effort, to immunize health care workers as well as high-risk individuals and create a buffer of doses to be used where needed most.

When and if a coronavirus vaccine is discovered, Gavi will play a key role in distributing the drug to developing countries.