Racist BLM Mob Attack Jews In Philadelphia, Accuse Them of Being From the ‘Synagogue of Satan’ 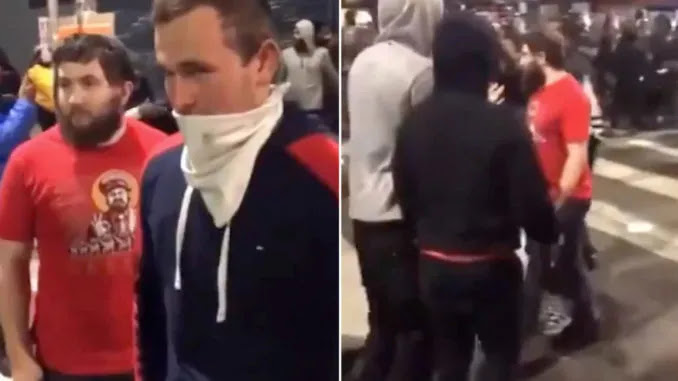 Racist Black Lives Matter protestors attacked Jews in Philadelphia on Tuesday, shoving and chasing them and accusing them of being members of the “Synagogue of Satan.”

Three Jewish men who said they joined a Black Lives Matter demonstration to ‘show solidarity’ with BLM were received with a barrage of anti-Semitic abuse, with one of the Jewish men later saying he feared for his life.

Footage shows the group, two of whom are wearing kippot, being accused of being members of ‘the Synagogue of Satan‘ and told to ‘get the f*** out of here’.

The clip, which has been widely shared, then goes on to show the three men being chased by the protesters, with one yelling: ‘This ain’t your fight.’

Yaacov Behrman, the public safety chair for a local Democratic Party district committee, said he spoke with one of the victims who said he ‘feared for his life‘ during the incident.

‘Spoke to victim, says he feared for his life. This needs to be condemned by all!’

The footage begins with the men being asked: ‘Amalek. Amalek. What y’all doing down here? You don’t live here.’ The Amalek tribe was first enemy of the ancient Israelites.’

When the three men respond they live nearby and were out to ‘show solidarity’, another protester replies: ‘This ain’t your fight. Get the f*** out of here.’

The man filming the footage then says: ‘Philly waking up! Revelation 2:9 Synagogue of Satan!’

One of the Jewish men appears to be pushed as all three are then chased. 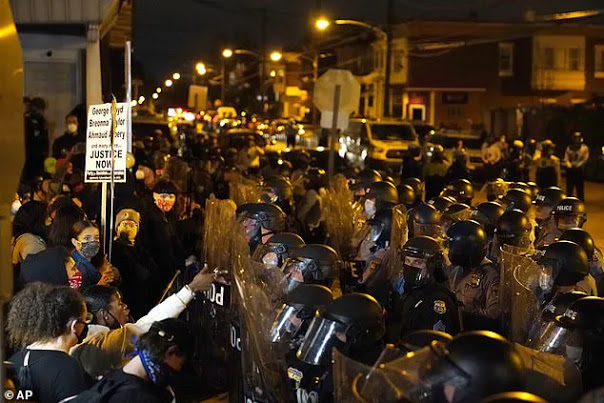 Protesters confront police during a march Tuesday in Philadelphia. Hundreds of demonstrators marched in West Philadelphia over the death of Walter Wallace 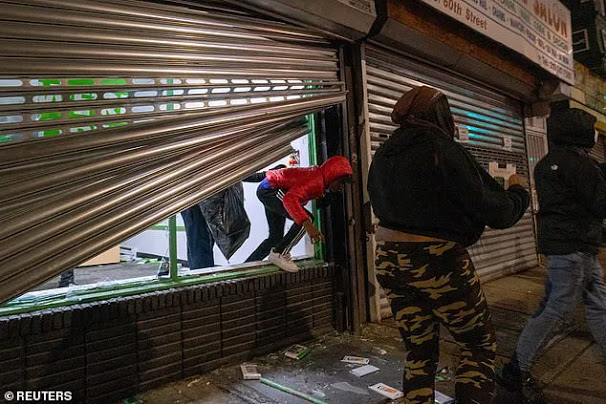 ‘Synagogue of Satan, denial that we are real Jews. Political leaders, media silent.‘

Director of StopAntisemitism.org Liora Rez told The Jewish Journal: ‘From the Civil Rights Movement to Ferguson to today’s BLM protest nationally, Jews have been right by the side of the African American community.

‘This physical and verbal assault is a spit in our faces and we demand this be addressed by the likes of Al Sharpton, Jesse Jackson, and the NAACP. We have enough division in this country, the African American leaders need to step up and denounce this immediately.’

Police say they fatally shot Wallace on Monday after he ignored orders to drop a knife, a death that intensified already heightened tensions in the presidential battleground state. Wallace’s mother said she warned police Monday afternoon that her son was in the throes of a mental health crisis.

In the days since, more than 90 people have been arrested and about 50 police officers injured in clashes with protesters and vandals, including the 1,000 or so who suddenly swarmed a shopping center Tuesday night, breaking windows and stealing merchandise.

That scene erupted on the other side of the city, miles from Wallace’ neighborhood, where protests were underway.

The unrest started Monday evening, shortly after Wallace, 27, was killed, and set off protests elsewhere, including in Washington, D.C., the Brooklyn borough of New York City and Portland, where demonstrators held their hands in the shape of a “W” in his honor.