Pinpointing the 'silent' mutations that gave the coronavirus an evolutionary edge 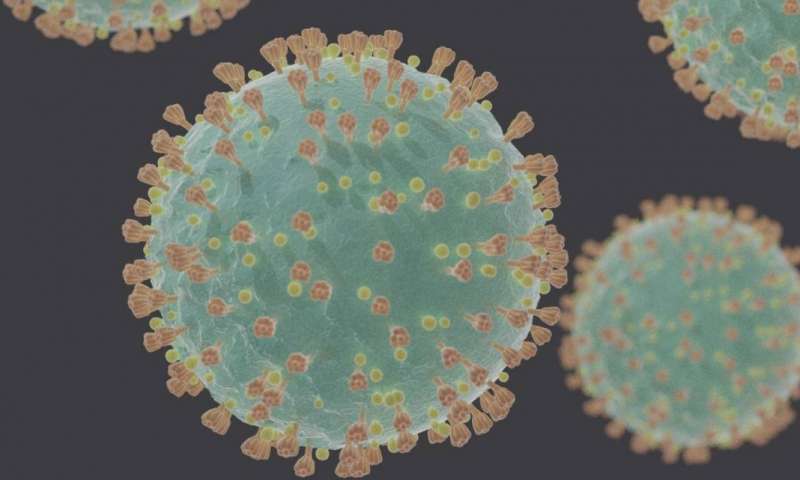 We know that the coronavirus behind the COVID-19 crisis lived harmlessly in bats and other wildlife before it jumped the species barrier and spilled over to humans.

Now, researchers at Duke University have identified a number of "silent" mutations in the roughly 30,000 letters of the virus's genetic code that helped it thrive once it made the leap—and possibly helped set the stage for the global pandemic. The subtle changes involved how the virus folded its RNA molecules within human cells.

For the study, published Oct. 16 in the journal PeerJ, the researchers used statistical methods they developed to identify adaptive changes that arose in the SARS-CoV-2 genome in humans, but not in closely related coronaviruses found in bats and pangolins.

"We're trying to figure out what made this virus so unique," said lead author Alejandro Berrio, a postdoctoral associate in biologist Greg Wray's lab at Duke.

Previous research detected fingerprints of positive selection within a gene that encodes the "spike" proteins studding the coronavirus's surface, which play a key role in its ability to infect new cells.

The researchers report that so-called silent mutations in two other regions of the SARS-CoV-2 genome, dubbed Nsp4 and Nsp16, appear to have given the virus a biological edge over previous strains without altering the proteins they encode.

Instead of affecting proteins, Berrio said, the changes likely affected how the virus's genetic material—which is made of RNA—folds up into 3-D shapes and functions inside human cells.

What these changes in RNA structure might have done to set the SARS-CoV-2 virus in humans apart from other coronaviruses is still unknown, Berrio said. But they may have contributed to the virus's ability to spread before people even know they have it—a crucial difference that made the current situation so much more difficult to control than the SARS coronavirus outbreak of 2003.

The research could lead to new molecular targets for treating or preventing COVID-19, Berrio said.

"Nsp4 and Nsp16 are among the first RNA molecules that are produced when the virus infects a new person," Berrio said. "The spike protein doesn't get expressed until later. So they could make a better therapeutic target because they appear earlier in the viral life cycle."

More generally, by pinpointing the genetic changes that enabled the new coronavirus to thrive in human hosts, scientists hope to better predict future zoonotic disease outbreaks before they happen.

"Viruses are constantly mutating and evolving," Berrio said. "So it's possible that a new strain of coronavirus capable of infecting other animals may come along that also has the potential to spread to people, like SARS-CoV-2 did. We'll need to be able to recognize it and make efforts to contain it early."