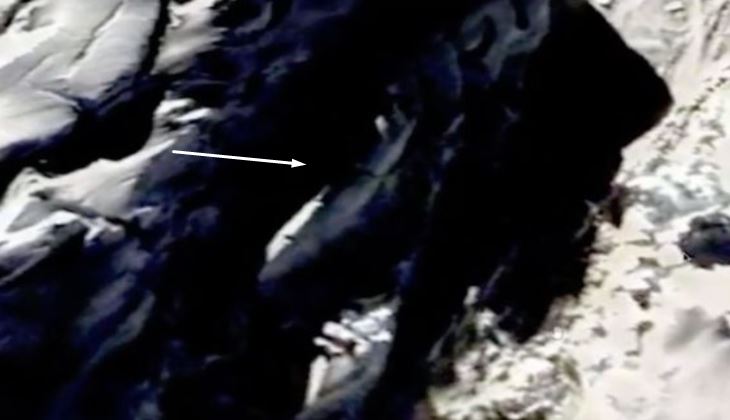 Google Earth helped find the mysterious structure. It was in the panoramic images that the virtual archaeologist’s attention was drawn to something massive and clearly artificial.

The researcher noted that the object has a cylindrical shape, so it really could be a submarine. Most likely, the ship got stuck in the age-old ice during the Second World War.

The user also noticed a metallic sheen, which indicates the material of the object. If you look closely at the top of the mysterious object, you will notice “fins”.

Conspiracy theorists were seriously impressed with the footage – which has been watched by several thousand users – and there was a lively debate about what the mysterious find really was.

A second viewer commented: “Maybe it’s that missing Malaysian flight that nobody has been able to locate…with its wings ripped off?”

“Funny how no one is allowed to fly over Antarctica,” said another believer.

“Wouldn’t be shocked if there’s a secret city or even extraterrestrials living there.”

Some have suggested that the pictures may be an airliner or the missing Malaysian Boeing. There were also skeptics who assured that what they saw was only a pareidolic illusion created by the reflection of light from ice.

Only an expedition to the crash site of a possible submarine or airliner can put everything in its place. Of course, no one will organize it, so the case will remain a mystery