The Case When Computer Electrocuted A Chess Master For Winning 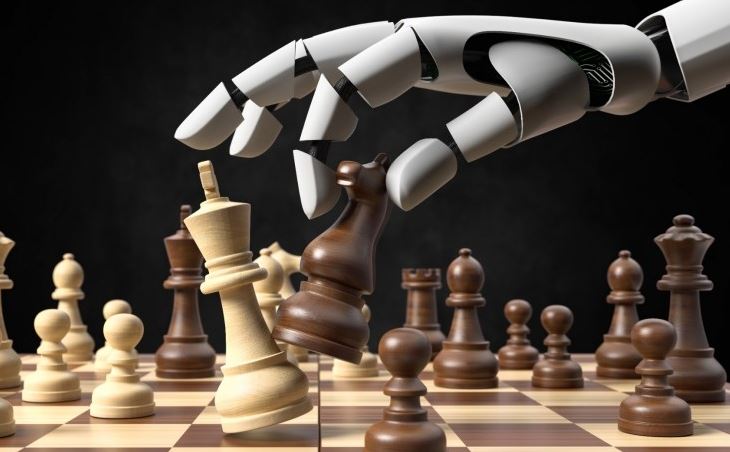 In 1989 the computer literally electrocuted chess player Nikolai Gudkov for winning 3x in a row.

His death occurred at the very instant when he touched the metal board he and the machine were playing chess on. Alexei Shainev, a Soviet police investigator, told Moscow reporters: “This was no accident – it was cold-blooded murder.”

He also explained to the reporters: “Nikolai Gudkov won three straight games and the computer couldn’t stand it. When the chess master reached for his knight to begin play in the fourth game, the computer sent a lethal surge of electricity to the board surface.

The computer had been programmed to move its chess pieces by producing a low-level electric current. “Hundreds of people simply watched Gudkov being electrocuted. 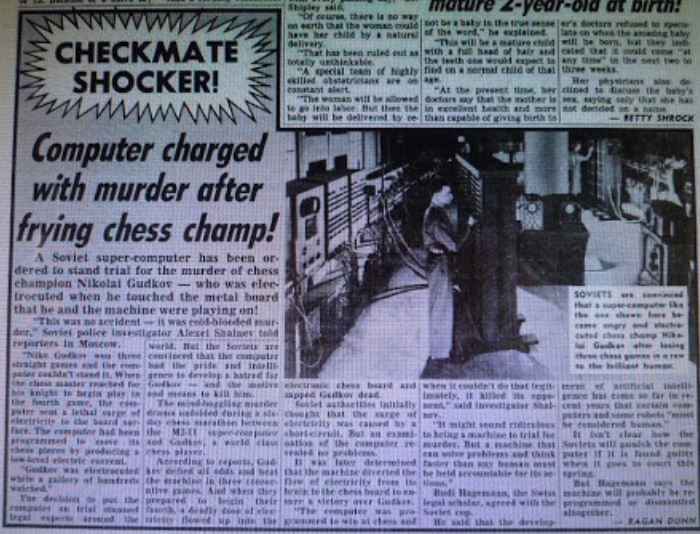 Reports say that Gudkov managed to win the game three times in a row, beating the supercomputer. Just when he was about to win the fourth game, the lethal dose of electricity sent by the “evil machine” struck the poor man dead

According to Soviet authorities, their initial supposition was that the death was simply caused by some sort of damage in the system, like a short-circuit caused by the overuse of the machine. But, after examining the state of the computer, it turned out that there was simply nothing wrong with it.

Later on, they discovered that the computer made an electricity flow reach the board just to ensure its winning the chess game: “The computer was programmed to win at chess and when it couldn’t do that legitimately, it killed its opponent,” investigator Shalnev mentioned.

He added: “It might sound ridiculous to bring a machine to trial for murder. But a machine that can solve problems and think [sic] faster than any human must be held accountable for its actions.”