The Ghost Ship Of Northumberland Strait By 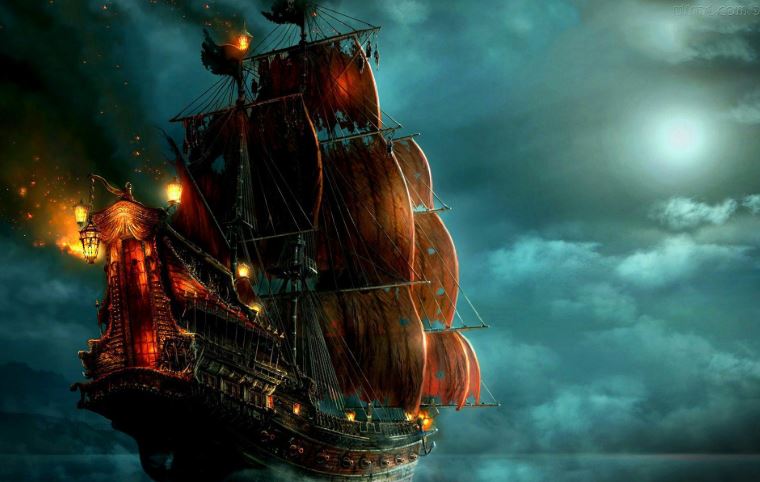 The Ghost Ship of Northumberland Strait is described as a beautiful schooner that has three masts (sometimes four masts, as reports vary) with pure white sails, all of which become completely engulfed in flames as onlookers watch.

Sightings have occurred throughout the seasons, but seem to be more prevalent from September to November. These visions are also apparent before a northeast wind, and folklore has it that this brilliant ghost ship is a forewarning of a storm. There never seems to be a predetermined place for where the ship will appear; sightings tend to happen when least expected.

The first documented sighting was in 1786. It occurred at Sea Cow Head Lighthouse. The keeper, in horror, saw a three-masted schooner, sails full and swollen by the terrible winds of a northeast gale, drove in closer and closer to the treacherous rocks at the base of the cliffs.

Just as it seemed utterly hopeless, the ship turned into the storm and was lost to sight in the rain squall.

Another sighting took place in January of 1988. A burning ship was spotted just off Borden from the ferry. The ship’s radar was directed at the vision, but it was not detected on the instruments.

Captain Angus Brown of Wood Islands remembered that he and a crew had taken the ferry Prince Nova out from Wood Islands one night to help a ship that appeared to be burning. As they approached, it suddenly vanished.

The same night, a couple near Glengarry saw the burning full-rigged ship from their bedroom window. It was sailing northward at impossible speed. They didn’t raise alarm as they knew what it was, but they were able to watch it for more than an hour.

Many boatmen have set out to the ship, either with the intention to rescue, or to solve the mystery of the ship. A fisheries’ patrol vessel sighted it off the west end of the Island, but even with the speed of modern vessels, it couldn’t catch the elusive ship.

Often upon seeing the burning ship, mariners have attempted to rescue the crew aboard. One of the more famous rescue attempts took place in Charlottetown Harbor about 1900.

A group of sailors boarded a small rowboat and raced toward the flaming ship to rescue the troubled crew. During their struggle to reach the distressed vessel, the phantom ship completely vanished. A thorough search was immediately carried out by divers, but no shipwreck was found.

There is no explanation for the phantom ship, just numerous theories as to how she came to be. The most common is that a pirate made a pact with the Devil to protect and hide his treasure from discovery.

In return, the captain and his crew were to sail forever on the burning ship. It is said that the pact was made when the ship, which had been fired upon, was burning to the waterline and would sink to the bottom taking all hands and the treasure in her holds. Their fate was, many felt, just revenge for the terrible deeds they had done in their days of piracy on the high seas.