The Dalnegorsk UFO Crash: Roswell Incident Of The Soviet Union 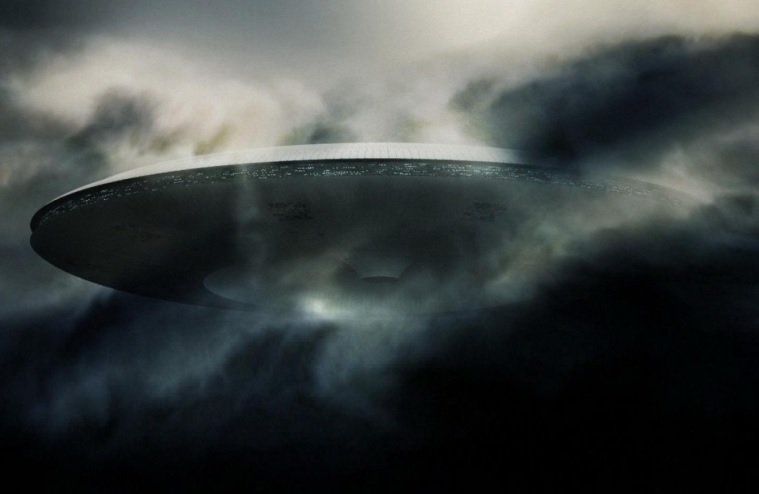 This internationally famous UFO incident took place in 1986, on January 29, at 7:55 p.m. Some have called it the Roswell Incident of the Soviet Union. The information concerning this incident was sent to us by a number of Russian ufologists.

Dalnegorsk is a small mining town in the Far East of Russia. That cold January day a reddish sphere flew into this town from the southeastern direction, crossed part of Dalnegorsk, and crashed at the Izvestkovaya Mountain (also known as Height or Hill 611, because of its size).

The object flew noiselessly, and parallel to the ground; it was approximately three meters in diameter, of a near-perfect round shape, with no projections or cavities, its colour similar to that of burning stainless steel.

One eyewitness, V. Kandakov, said that the speed of the UFO was close to 15 meters per hour. The object slowly ascended and descended, and its glow would heat up every time it rose up. On its approach to Hill 611 the object “jerked”, and fell down like a rock.

All witnesses reported that the object “jerked” or “jumped”. Most of them recall two “jumps”. Two girls remember that the object actually “jumped” four times. The witnesses heard a weak, muted thump. It burned intensively at the cliff’s edge for an hour.

A geological expedition to the site, led by V. Skavinsky of the Institute of Geology and Geophysics of the Siberian Branch of the Soviet Academy of Sciences (1988), had confirmed the object’s movements through a series of chemical and physical tests of the rocks collected from the site.

Valeri Dvuzhilni, head of the Far Eastern Committee for Anomalous Phenomena, was the first to investigate the crash. With the help of our colleagues in Russia this is the most accurate account of the incident to date.

Dr. Dvuzhilni arrived at the site two days after the crash. Deep snow was covered the area at the time. The site of the crash, located on a rocky ledge, was devoid of snow. All around the site remnants of silica splintered rocks were found: (due to exposure to high temperatures), and “smoky” looking.

Many pieces, and a nearby rock, contained particles of silvery metal, some “sprayed”-like, some in the form of solidified balls. At the edge of the site a tree-stump was found. It was burnt and emitted a chemical smell. The objects collected at the site were later dubbed as “tiny nets”, “little balls”, “lead balls”, “and glass pieces” (that is what each resembled).

Closer examination revealed very unusual properties. One of the “tiny nets” contained torn and very thin (17 micrometers) threads. Each of the threads consisted of even thinner fibers, tied up in plaits. Intertwined with the fibers were very thin gold wires.

Soviet scientists, at such facilities as the Omsk branch of the Academy of Sciences, analyzed all collected pieces. Without going into specific details suffice it to say that the technology to produce such materials was not yet available on Earth…except for one disturbing account.

To give an idea of the complexity of the composition of the pieces, let us look at the “iron balls”. Each of them had its own chemical composition: iron, and a large mixture of aluminum, manganese, nickel, chromium, tungsten, and cobalt.

Such differences indicate that the object was not just a piece of lead and iron, but some heterogeneous construction made from heterogeneous alloys with definite significance. When melted in a vacuum, some pieces would spread over a base, while at another base they would form into balls. 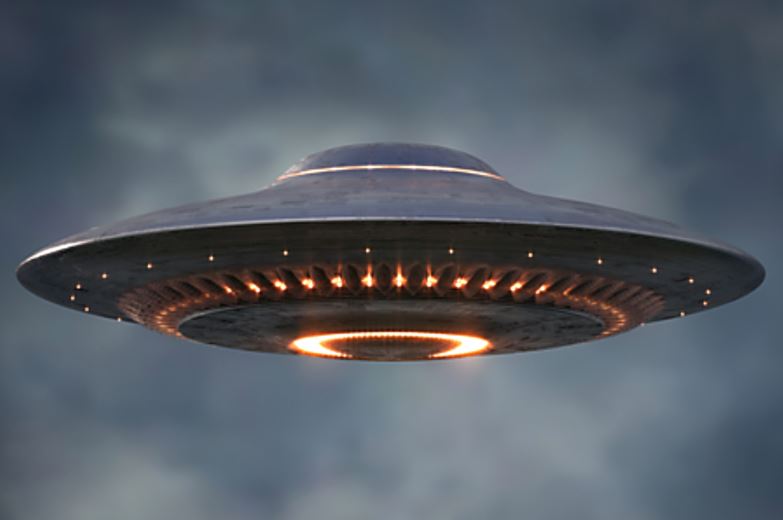 Half of the balls were covered with convex glass-like structures. Neither the physicists nor physical metallurgists can say what these structures are, what their composition is. The “tiny nets” (or “mesh”) have confused many researchers. It is impossible to understand their structure and nature of the formation.

A. Kulikov, an expert on carbon at the Chemistry Institute of the Far Eastern Department of the Academy of Sciences, USSR, wrote that it was not possible to get an idea what the “mesh” is. It resembles glass carbon, but conditions leading to such formation are unknown. Definitely a common fire could not produce such glass carbon.

The most mysterious aspect of the collected items was the disappearance, after vacuum melting, of gold, silver, and nickel, and the appearance-from nowhere-of molybdenum, that was not in the chamber to begin with.

The only thing that could be more or less easily explained was the ash found on site. Something biological was burned during the crash. A flock of birds, perhaps, or a stray dog; or someone who was inside the crashed object?

The southwesterly trajectory of the object just about coincides with the Xichang Cosmodrome of People’s Republic of China, where satellites are launched into geo synchronous orbit with the help of the Great March-2 carrier rockets.

There is no data of any rocket launches in the PRC at the end of January. At the same time, Sinxua Agency reported on January 25, 1988, that there was a sighting of a glowing red sphere not far from the Cosmodrome, where it hovered for 30 minutes. Possibly, UFOs had shown interest toward the Chinese Cosmodrome in the years 1989 and 1988.

There is another curious detail: at the site of the Height 611 small pieces of light gray color were discovered, but only in the area of the contact. These specimens did not match any of the local varieties of soil.

What is amazing, the spectroscopic analysis of the specimens matched them to the Yaroslavl tuffs of the polymetalic deposits (i.e. the specimens possessed some characteristic elements of the Yaroslavl, but not the Dalnegorsk, tuffs). There is a possibility that the object obtain pieces of tuff in the Yaroslavl area. Tuffs experience metamorphosis under the effect of high temperatures .

The site of the crash itself was something like an anomalous zone. It was “active” for three years after the crash. Insects avoid the place. The zone affects mechanical and electronic equipment. Some people, including a local chemist, actually got very sick.

This Hill 611 is located in the area of numerous anomalies; according to an article in the Soviet digest Tainy XX Veka (Moscow, 1990, CP Vsya Moskva Publishing House). Even photos taken at the site, when developed, failed to show the hill, but did clearly show other locations. Members of an expedition to the site reported later that their flashlights stopped working at the same time. They checked the flashlights upon returning home, and discovered burned wires.

Eight days after the UFO crash at Hill 611, on February 8, 1986, at 8:30 p.m., two more yellowish spheres flew from the north, in the southward direction. Reaching the site of the crash, they circled it four times, then turned back to the north and flew away. Then on November 28, 1987 (Saturday night, 11:24 p.m.), 32 flying objects had appeared from nowhere. There were hundreds of witnesses, including the military and civilians. 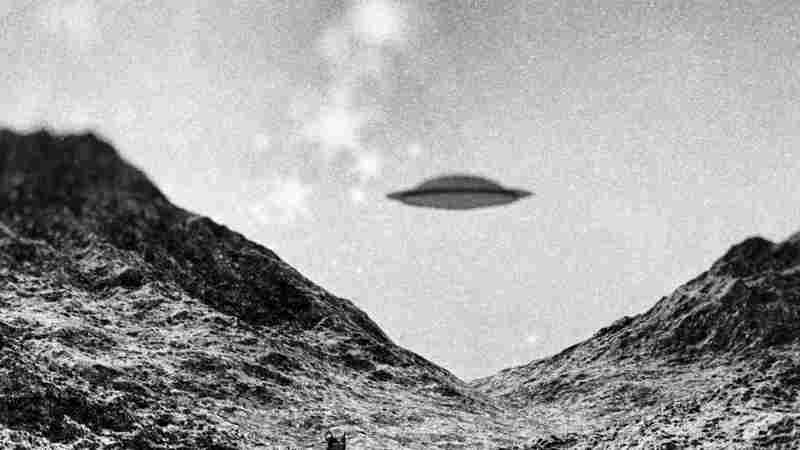 The objects flew over 12 different settlements, and 13 of them flew to Dalnegorsk and the site. Three of the UFOs hovered over the settlement, and five of them illuminated the nearby mountain. The objects moved noiselessly, at an altitude between 150 to 800 meters.

None of the eyewitnesses actually thoughts they were UFOs. Those who observed the objects assumed they were aircraft involved in some disaster, or falling meteorites. As the objects flew over houses, they created interference (television, telegraph functions).

The Ministry of Internal Affairs officers, who were present, testified later that they observed the objects from a street, at 23:30 (precise time). They saw a fiery object, flying in from the direction of Gorely settlement. In front of the fiery “flame” was a lusterless sphere, and in the middle of the object was a red sphere.

Another group of eyewitnesses included workers from the Bor quarry. They observed an object at 11:00 pm. A giant cylindrical object was flying straight at the quarry. Its size was like that of a five-story building, its length around 200 or 300 hundred meters.

The front part of the object was lit up, like a burning metal. The workers were afraid that the object would crash on them. One of the managers of the quarry observed an object at 11:30 pm.

The object was slowly moving at an altitude of 300 meters. It was huge, and cigar-shaped. The manager, whose last name was Levakov, stated that he was well acquainted with aerodynamics, knew theory and practice of flight, but never knew that a body could fly noiselessly without any wings or engines.

Another eyewitness, a kindergarten teacher, saw something else. It was a bright, blinding sphere at an altitude of a nine-story building. It moved noiselessly. In front of the sphere Ms. Markina observed a dark, metallic-looking elongated object of about 10 to 12 meters long. It hovered over a school. There the object emitted a ray (its diameter about half a meter).

The colour of the ray was violet-bluish. The ground below illuminated, but there were no shadows from objects below. Then the object in the sky approached a mountain and hovered over it. It illuminated the mountain, emitted a reddish projector-like light, as if searching for something, and then departed, flying over the mountain.

Dr. Dvuzhilni’s conclusion is that it was a malfunctioning alien space probe that crashed into the Hill 611. Another hypothesis has it that the object managed to ascend, and escape (almost in one piece) in the north-easterly direction and probably crashed in the dense taiga.