The Process Church: Inside The Most Cruel Religious Sect On Earth 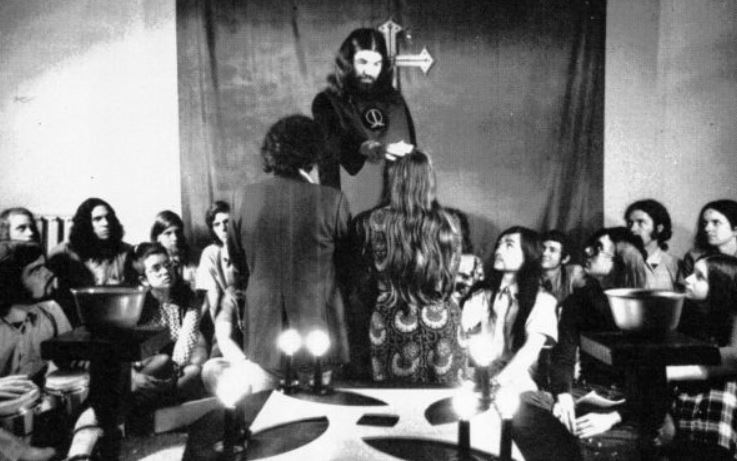 Back in the late Sixties, there existed a religious sect known as “The Process Church Of The Final Judgment.” Their core beliefs were that at the end of the world, Christ and Satan would come together, reconcile and begin to judge and execute the population.

So, they worshipped both of them. While this information set people on edge, it did not deter people from becoming members of “The Process” and the church flourished throughout the sixties and seventies.

In that period, an increase was seen in missing children across the United Kingdom, the Mexican Yucatan peninsula and even in the state of Louisiana. Kids ranging from as young as 3 to as old as 10 were being taken on walks home, In their front yards and even sometimes from their homes In the dead of night. Bodies were rarely ever recovered.

When they were…well let’s just say it was quickly established that it would’ve been better for the families to simply hold out hope for a safe return. What was done to these children was simply horrifying, every unspeakable act you can possibly think of in order to inflict pain was carried out.

All children left completely blind, with a look of indescribable pain and terror on their faces if any were discovered by the authorities or god forbid…passers by. 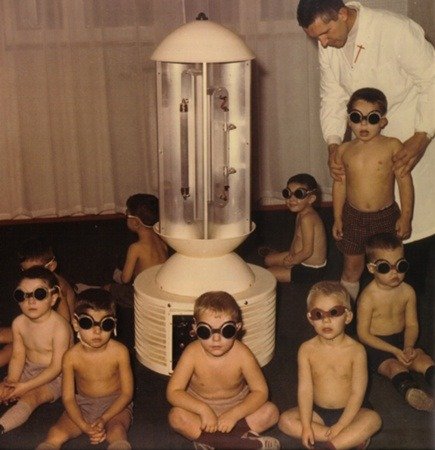 Due to the satanic panic raging throughout the United States and United Kingdom at the time, most information regarding Satanic cults or missing persons cases were kept under lock and key so as to not cause mass hysteria. One particular incident caused so much havoc, it was feared that if brought to the publics light, it would shock the nation to it’s core.

On October 12th, 1975, A photograph was posted to the local authorities in 15 states in the USA & 5 counties in the UK, all receiving the same image, the one you see accompanying this story.

On October 13th, a normal middle class family in Essex was settling down for the night, when the father heard his son screaming from his room. As he darted upstairs, he found a man in a white lab coat, goggles and a modified gas mask towering over his frightened 7 year old son. The father reacted quickly and subdued the man before calling the authorities.

When he was brought in, he was identified as Rev. Michael Turnwell, though he had no records of ever living in the area, in fact the residence he was registered at was 300 miles away…what was he doing way out here?

In his pockets, they found a bottle of chloroform, a rag, a switchblade knife and a small pocket book, filled from cover to cover with incomprehensible gibberish mixed in with citations from the Satanic verses, Diagetics & The Old Testament. When asked what the hell he was doing with all these items and his purpose for that young boy, he simply smiled wide eyed and said “I’m doing Gods work…they needed to see the light…”

Under further interrogation it was revealed he was a member of the Church of The Process, he agreed to show the police where the children were being taken in exchange for protection. Assuring them all the while that “The Children are fine, they’re with God now, they saw the light…”

Not fully understanding this vague reference, they persisted and got him to open up, this is what he told them:

“We knew that the children could be spared Judgment, for they do not understand sin, they are pure. But in order to be accepted into Gods loving arms, they first needed to see the light. So we subjected it to them with the God machine.

“Those that became blind or removed their goggles were…punished accordingly. Those that were not blinded were accepted into Gods flock, their souls escaping their bodies and their shells to be used as we saw fit, they were no longer harbouring any children…” He trailed off, giggling like a child.

“Those were our…toys to play with. And believe me, officers, we did enjoy our toys…even if they broke sometimes. Love the sin, hate the sinner.” He burst out laughing, the room seemingly shaking around him.

After a few moments, they asked him what happened to the children that turned around, as all the children positioned in this image were facing outwards. The Reverend gave a sick, twisted smile and said slowly, in an unnaturally deep voice:

“They are the ones who become part of HIS legion…who do you think carries on our work once some of us get caught or perish? We are everywhere, detective. We will bring all children to the light. You simply need to look West and you will know the face of evil.”

He suddenly leaned forward to intently stare at the detectives opposite him and asked sadistically “Tell me…do ”YOU” have children?”

He was found dead in his cell the following morning, having concealed a cyanide cap in one of his teeth. Some weeks following, one of the officers involved in the case lost their child, a little boy. He simply vanished one day walking home from school, his body was never recovered.

Serial killers Fred & Rose West were caught 19 years later on the 24th of February 1994 after a 20 year spree in which they raped & killed more than 13 people, including their own children. When Fred was interrogated, he mentioned that 20 children were captured & killed by himself, Rose and others he did not know of in a barn not too far from where they lived, when asked how he managed to capture all of them so easily, he simply smiled and said:

“It’s easy, when you live directly next to a Church.”