The “Saw” Movie In Real Life: The Story Of Brian Wells 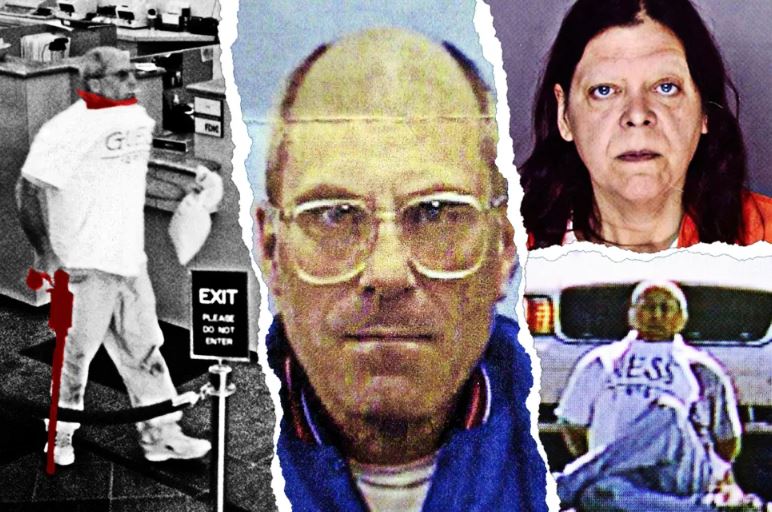 Probably, many people know the cycle of films called “Saw”. But have you ever wondered how it must be in real life? Being attached to a device that kills you and giving you a certain time to complete a task to save your life… But this happened in real life, before the “Saw” movies.

In a small US town, a phone call to a pizzeria, set in motion a bizarre series of events that culminated in the horrific death of a delivery man…

The call came shortly before 2 pm. It was an order for the delivery of two small sausage and pepperoni pizzas to an address that the pizzeria owner Tony Ditomo didn’t recognise. He passed the phone to one of his two delivery men, Brian Wells.

Wells left the Mama Mia Pizzeria in the Pennsylvania city of Erie soon afterwards, putting the pizzas in his green Chevrolet and setting out for the address the caller had given – 8631 Peach Street. It should have been a five-minute drive.

No one knows precisely what happened next, who was involved and even whether Wells had any inkling of what was about to transpire. 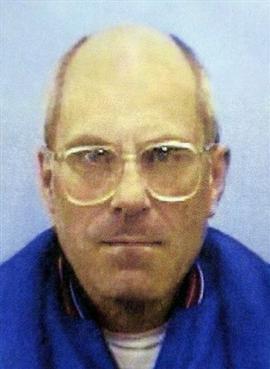 But the call to the pizzeria that August afternoon last year set in motion a bizarre series of events that would lead to Wells’s death in the most horrifying of circumstances and leave an unsettling and frightening mystery lingering over this small lakeside city.

That afternoon, on 28 August, Wells never returned to the pizzeria. He was next seen at 2.38 pm when he walked into the PNC Bank in the nearby suburb of Summit Township.

He waited patiently in line, and when he got to the teller he pulled up his T-shirt to reveal a homemade bomb apparently locked round his neck. He handed the teller a note informing her that he wanted $250,000 in cash. He said the bomb would detonate in 22 minutes. 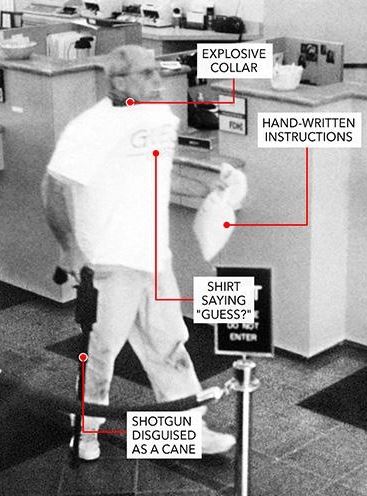 Wells, 46, a single man who lived alone with his cats in a rented flat near the pizzeria, left the bank soon afterwards with a bag of notes, having told the teller he could return later to collect the remainder. He got into his car and drove to a nearby McDonald’s restaurant, where he dropped the bag near the sign for the drive-through window.

He then set off again, hurrying to beat the clock. A few minutes later, state police – alerted by the bank – surrounded Wells’s car and ordered him out. Compliant, he sat on the road, leaning against the front of his car, and raised his T-shirt to show them the crude bomb. 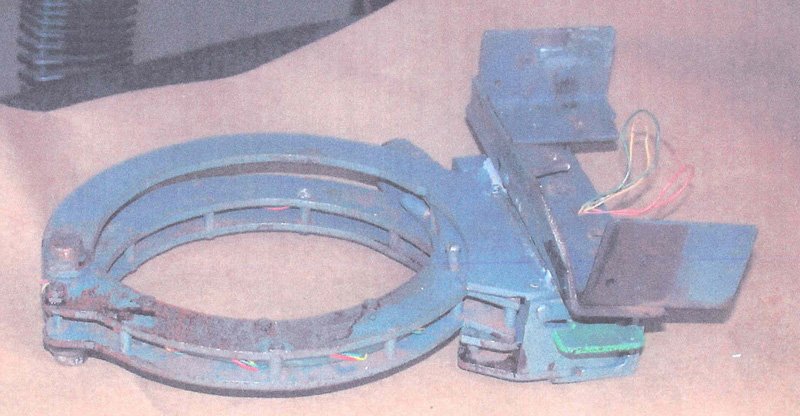 Triple-banded metal collar that was locked around Wells’s neck.

As a local TV news team filmed the drama, Wells insisted to the police that he was not a willing accomplice to the plot. “This is not me,” he could be heard saying. “It’s going to go off. I’m not lying.”

He wasn’t lying. At 3.18 pm, three minutes before the bomb squad arrived, the device around Wells’s neck exploded, killing him.

The most perplexing and intriguing pieces of evidence, though, were the handwritten notes that investigators found inside Wells’ car.

Addressed to the “Bomb Hostage,” the notes instructed Wells to rob the bank of $250,000, then follow a set of complex instructions to find various keys and combination codes hidden throughout Erie. It contained drawings, threats, and detailed maps.

If Wells did as he was told, the instructions promised, he’d wind up with the keys and the combination required to free him from the bomb. 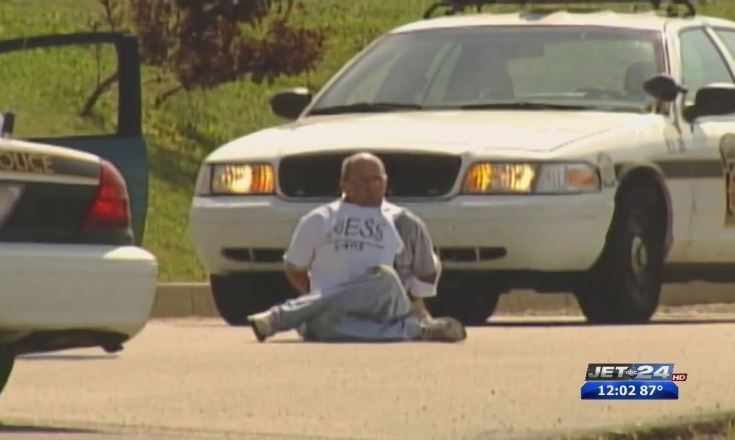 Failure or disobedience would result in certain death. “There is only one way you can survive and that is to cooperate completely,” the notes read in meticulous lettering that would later stymie handwriting analysis.

“This powerful, booby-trapped bomb can be removed only by following our instructions… ACT NOW, THINK LATER OR YOU WILL DIE!” It seemed that whoever planned the robbery had also constructed a nightmarish scavenger hunt for Wells, in which the prize was his life.

The police began sorting through a trove of physical evidence. In Wells’ car, they discovered the 2-foot-long cane, which turned out to be an ingeniously crafted homemade gun.

The bomb itself was likewise a marvel of DIY design and construction. The device consisted of two parts: a triple-banded metal collar with four keyholes and a three-digit combination lock, and an iron box containing two 6-inch pipe bombs loaded with double-base smokeless powder. The hinged collar locked around Wells’ neck like a giant handcuff.

Investigators could tell that it had been built using professional tools. The device also contained two Sunbeam kitchen timers and one electronic countdown timer. It had wires running through it that connected to nothing—decoys to throw off would-be disablers—and stickers bearing deceptive warnings. The contraption was a puzzle in and of itself.

Wells’ clothing added another layer of intrigue. He died wearing two T-shirts, the outer one emblazoned with a Guess clothing logo. Wells wasn’t wearing the shirt at work that morning, and his relatives said it wasn’t his.