Trump Gives Barr Ultimatum: Arrest Obama, Biden and Clinton Or Find Yourself In a ‘Sad Situation’ 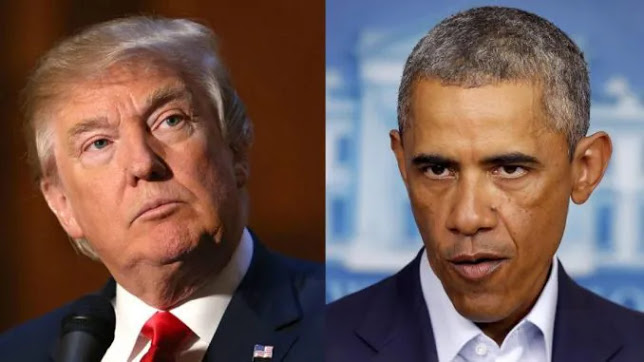 President Donald Trump issued Bill Barr an ultimatum during a live phone-in Thursday on Fox Business — either the attorney general indicts Barack Obama, Joe Biden and Hillary Clinton for “the greatest political crime in the history of our country” or he will find himself in a “sad situation.”

The warning comes after Mr Trump left Walter Reed Medical Centre and returned to Twitter with a storm of energetic tweets and retweets, many of them demanding the indictment of Obama administration figures.

“We’ve got so much, Maria, just take a look at the [former FBI Director James] Comey report, 78 pages of kill, done by [DOJ Inspector General Michael] Horowitz,” he added.

"Unless Bill Barr indicts these people for crimes -- the greatest political crime in history of our country -- then we'll get little satisfaction ... and that includes Obama and that includes Biden" -- Trump calls for Obama and Biden to be charged with crimes pic.twitter.com/g4hVYx98ZJ

"I met with Gold Star families. I didn't want to cancel that ... I can't say, 'back up' ... they wanna hug me and they wanna kiss me, and they do" -- Trump on now suggesting Gold Start families gave him coronavirus pic.twitter.com/7F2dBzRFgi

The Blaze report: It was not immediately clear if the president was referring to documents and evidence already made publicly available or to information not yet revealed as a part of U.S. Attorney John Durham’s investigation. Durham was tasked by Barr earlier this year with investigating the origins of the Trump-Russia collusion probe.

On Tuesday, Trump authorized the declassification of all government documents related to the Trump-Russia investigation and the email scandal involving 2016 Democratic presidential candidate Hillary Clinton.

“I have fully authorized the total Declassification of any & all documents pertaining to the single greatest political CRIME in American History, the Russia Hoax. Likewise, the Hillary Clinton Email Scandal. No redactions!” Trump said in a tweet.

Ratcliffe also released notes taken by former CIA Director John Brennan that showed that Brennan was aware of the allegations. Brennan wrote: “Cite alleged approval by Hillary Clinton [on 28 July] on proposal from one of her foreign policy advisors to villify [sic] Donald Trump by stirring up a scandal claiming interference by the Russian security service.”