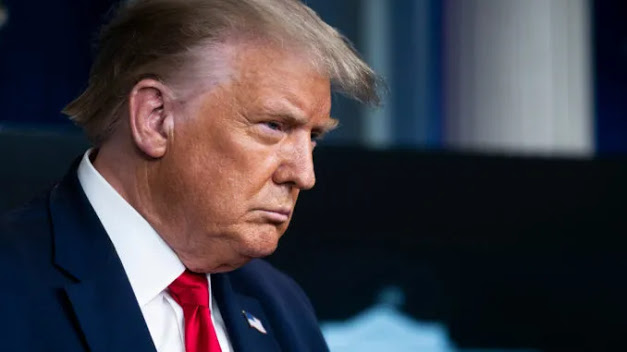 President Trump has refused to acknowledge Joe Biden’s apparent election victory, saying that the election is far from over yet.

He also promised to start prosecuting cases to ensure that “the rightful winner is seated.”

RT reports: The Associated Press declared Biden the winner on Saturday morning after the former vice president expanded his lead over Trump in the crucial battleground state of Pennsylvania. Victory there pushed Biden over the 270 electoral votes necessary to secure the White House.

In a statement released through his campaign, Trump said that “Joe Biden is rushing to falsely pose as the winner,” with the help of his “media allies.”

Trump insisted that Biden’s win was fraudulent, and that ballots for Biden were “fraudulent, manufactured, or cast by ineligible or deceased voters,” and announced that his legal team would “start prosecuting our case in court” on Monday.

“Legal votes decide who is president, not the news media,” Trump stated.

In addition to Trump’s lawsuits, recounts will likely be called in several states. The Trump campaign has suggested that it will call for one in Wisconsin, where Biden won by just over 20,000 votes, while Georgia’s secretary of state, Brad Raffensperger, said on Friday that “there will be a recount in Georgia.” Biden currently leads Trump by around 7,000 votes in Georgia.

In a press conference in Philadelphia on Saturday, Trump’s lawyer, Rudy Giuliani, claimed to have interviewed witnesses who saw fraud occurring in the city in recent days.