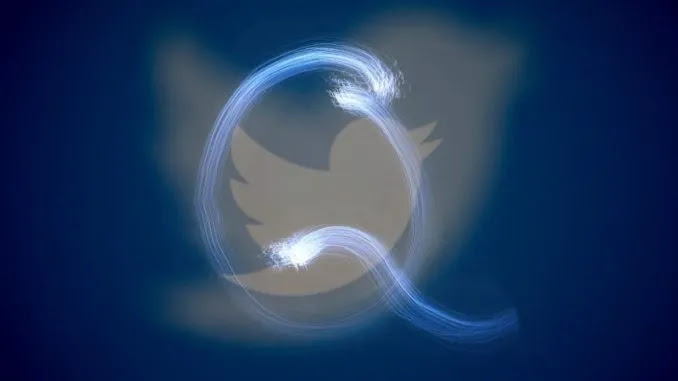 Twitter announced on Tuesday that it has begun taking sweeping actions to limit the reach of QAnon content.

They declared a mass ban on thousands of profiles linked to the QAnon community and any related content, citing potential “offline harm” in a move that critics say will only raise the movement’s profile.

In addition, we will:

The movement has been described as a ‘baseless right-wing conspiracy theory’ that centers on the belief that an anonymous tipster is revealing how President Trump is leading a secret war against the deep state. Its roots emerged from Pizzagate, which claimed that Hillary Clinton ran a pedophilia ring from a Washington, D.C., pizza shop.

ABC news reports: Twitter will stop recommending accounts and content related to QAnon, including material in email and follow recommendations, and it will take steps to limit circulation of content in features like trends and search. The action will affect about 150,000 accounts, said a spokesperson, who asked to remain unnamed because of concerns about the targeted harassment of social media employees.

The spokesperson said that as part of its new policy, the company had taken down more than 7,000 QAnon accounts in the last few weeks for breaking its rules on targeted harassment.

The sweeping enforcement action will ban QAnon-related terms from appearing in trending topics and the platform’s search feature, ban known QAnon-related URLs and prohibit “swarming” of people who are baselessly targeted by coordinated harassment campaigns pushed by QAnon followers.

The spokesperson said that while the targeted enforcement fell under Twitter’s existing platform manipulation rules, its classification of QAnon material and behavior as coordinated harmful activity was a new designation. The spokesperson said Twitter was acting now because of rising harm associated with the conspiracy theory.