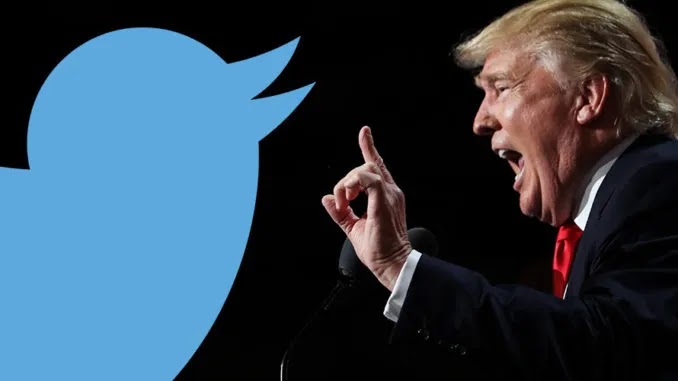 This time Twitter hid a tweet where Trump warned that protesters seeking to establish an “autonomous zone” in Washington, D.C would be “met with serious force.”

As Washington DC was under threat of occupation by protestors the President tweeted that there would be consequences for doing so..but his words were censored.

Breitbart reports: President Trump said: “There will never be an “Autonomous Zone” in Washington, D.C., as long as I’m your President. If they try they will be met with serious force!”

There will never be an “Autonomous Zone” in Washington, D.C., as long as I’m your President. If they try they will be met with serious force!

Anyone who attempts to view the tweet through Twitter will see it hidden behind a notice from the far-left Silicon Valley company, informing them that the tweet has somehow violated the platform’s rules.

This is the second time in the space of a month that Twitter has censored the President over tweets related to the violence and lawlessness sweeping America’s cities. Just over three weeks ago, the platform hid a tweet from the President warning rioters that “when the looting starts, the shooting starts.” Twitter said the post “glorified violence.”

This time, Twitter says the President violated the platform’s rules on “abusive behavior.”

We’ve placed a public interest notice on this Tweet for violating our policy against abusive behavior, specifically, the presence of a threat of harm against an identifiable group.https://t.co/AcmW6O6d4t