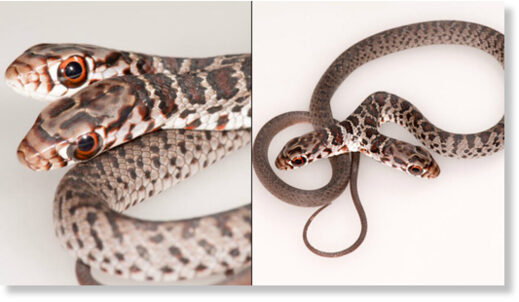 A rare two-headed snake has been found in a Florida home, according to state wildlife officials. The mutant was found in a home in Palm Harbor, Florida.

She has a low chance of surviving in the wild, as her brain will make different decisions, making it difficult to feed and escape predators.

Experts say that both snake heads have tongues that click and respond to movement, but not always in the same way.

Two heads are a rare phenomenon called bicephaly that occurs when a developing embryo begins to separate but cannot split into twins, causing the heads to fuse into one body.

Bicephaly has been found in turtles, lizards, and other creatures.