When Jesus Calls: The Bizarre Story Of Recovery 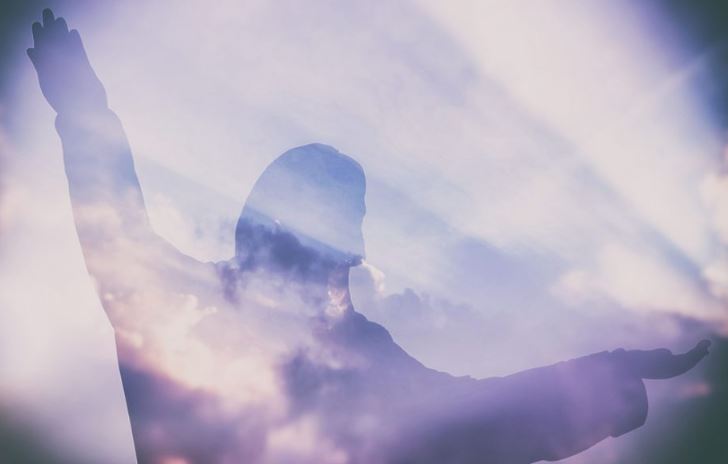 “In the latter weeks of 2012 I started looking into a rather bizarre mystery that was unfolding across Liverpool and Merseyside”, recalls Liverpool writer Tom Slemen.

People from all walks of life were hearing knocks on their doors, all hours in the morning, and quite a few of these citizens had gone to their bedroom windows or tip-toed to front door wide-angled viewers to see who was calling at such an unearthly hour, only to catch a glimpse of a man who looked like the archetypal image of Jesus, with long hair, beard and moustache, and long, quaint-looking robes.

The only difference was the colouring of the night-caller’s attire; most of the witnesses say the figure dressed in grey and white, quite unlike the scarlet and white robes portrayed in statues and paintings of Christ.

Is a practical joker with insomnia at work? Well, he’s going to a lot of trouble if he’s merely out to wind-up the locals, but of course, a prankster can never be ruled out in these cases. In one night alone (Tuesday 11 December 2012), the mysterious robed visitant called at five addresses at Hunts Cross, Aintree, Garston, Speke and Norris Green.

On each of these occasions he was seen walking away into the night, and although one person – a woman in her sixties – shouted after him, he did not react and soon left the street, leaving bare foot prints behind on the rain-slicked pavement.

At the time of writing there have been sixteen reports, and nine of these seem to be centred around the Knotty Ash and Old Swan areas. A person who investigates local Fortean phenomena has informed me that there have been similar nocturnal house-calls made in Wirral, from Wallasey to Willaston.

In November 2012, a family living on Wallasey’s Mount Road were rudely awakened by five loud knocks on their front door at 4am, and Robert, the father of the family, went to the front door and looked through the frosted glass window to see a long-haired man with a bearded face standing there. He asked the visitor who he was and received no reply.

The unknown caller then left and Robert and his family watched in disbelief from the parlour window as they saw the man walk away, because he was dressed in long robes and looked like the iconic image of Jesus Christ. The family had suffered a bereavement the week before and Robert feels as if the visit was of some religious significance; perhaps a sign that Jesus is around to ease their loss.

I felt as if I had heard of something similar to this before, and so I spent days going through my files, and discovered a letter sent to me in 2002 from a Fazakerley woman named Joan.

Joan recalled how, one night in the winter of 1966, when she was ten, she overheard her mother and Gran and the next-door neighbour Mrs Fisher, talking in hushed voices around the kitchen table about someone who was knocking on doors in the middle of the night across the Walton neighbourhood.

People who had answered the door were startled to see a figure who looked like Jesus standing there, and some fainted when they saw him and others experienced an amazing feeling of peace.

A woman in Woolhope Road who had lost her baby had received a visit from “Our Lord” and she had been lifted out of her depression by the visitation, even though she couldn’t remember much about it.

When Joan asked if Jesus had visited her own house, her mother said: ‘Oi! Get to bed, earwig!’ And for years, Joan wondered about the strange incidents she’d heard her mum and Gran talking about.

A postman named Ian told me how, on the morning of Sunday 23 December 2012, at 3.40 am, he was staying over at his mother’s house on Thingwall Lane, Knotty Ash, because his father was ill, when he and the household were roused from their sleep by five knocks on the front door.

The bell is never rung in these incidents, I have noticed, and the loud knocks startled Ian, as he had to sleep on the ground floor room of his mother’s house, close to the front door, and being a light sleeper, he was up within seconds and went to the window immediately. There were five other people, all relatives, staying at the house, and three of them also went to the window to see who had knocked so heavily at such an unearthly hour.

Ian saw a man about 5ft 9 in height, aged perhaps about 35, with long black hair way past his shoulders, standing on the doorstep with his back to him. He wore a long robe which looked black and grey, and the man was barefooted. Ian opened the window of the room and shouted, ‘Hey!’ but the man walked off.

The gate was already open and the man walked through the gateway and down Thingwall Lane. Out of curiosity, Ian put on his slippers, slid the bolt off the front door and dashed outside, but the weirdly-dressed caller was nowhere to be seen.

On the following morning – which was Christmas Eve, Ian’s 77-year-old father, who had been suffering from flu-like symptoms which threatened to turn into pneumonia, made a rather quick recovery from his illness and asked for something to eat and drink when he awoke.

No one had told him about the strange caller, but Ian’s Dad said he had dreamed a glowing warm light had come into his bedroom during the night, and he felt so happy and comfortable in its presence. This could, of course, all be down to coincidence.