No surprise: WHO kowtows to communist China, announces the virus didn’t come from the Wuhan lab 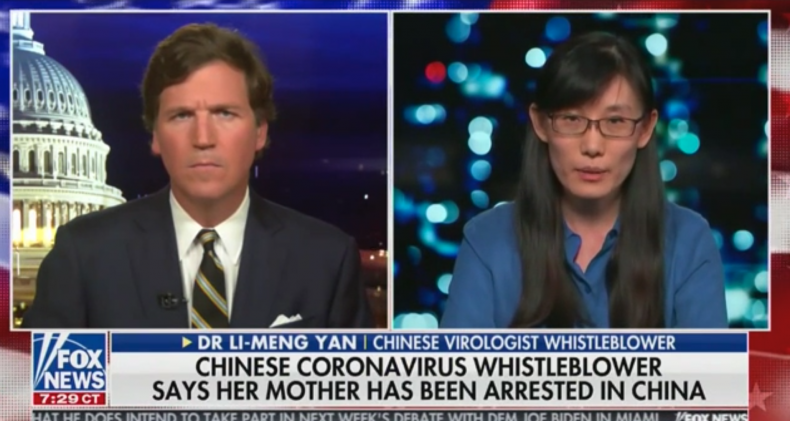 For almost a year, the Communist Chinese Party (CCP) would not allow the World Health Organization (WHO) to conduct a third-party investigation into the Wuhan Institute of Virology (WIV) — the top-secret research center that received U.S. funds for gain-of-function coronavirus research. The WIV is also located at the epicenter of the initial coronavirus outbreak, yet it remained off-limits to the outside world for months.

When the outbreak first began in Wuhan, China, social media companies began to remove any information about the potential lab-origins of  the virus, whether it was released intentionally or inadvertently. Chinese scientists have come forward to help uncover a more sinister bio-weapons plot. Dr. Li-Meng Yan made the claim that the communist Chinese regime is directly responsible for unleashing and spreading the Wuhan coronavirus. Former Secretary of State, Mike Pompeo released evidence that WIV researchers were studying a bat coronavirus that is 96 percent similar to SARS-CoV-2. The researchers were also manipulating “gain of function” properties of these viruses to make them more transmissible and more lethal.

China has WHO scientists right where they want them

Now that US President Donald Trump and Mike Pompeo are out of the way, Communist China is allowing scientists from the World Health Organization to take a closer look at the WIV and sift through data that has already been prepared and analyzed by Chinese scientists.

Under Trump’s leadership, WHO was cut off from US funding and pressured to negotiate with the Chinese on an independent investigation into the point of origin for SARS-CoV-2, the Wuhan Institute of Virology. At the May 2020 World Health Assembly, Chinese leaders finally agreed to meet with WHO at a later date. At the event, international leaders put pressure on the Chinese to be more transparent with their gain-of-function virus research. The historic meeting between WHO scientists and the Chinese was finally negotiated months later.

However, shortly after getting access to the WIV, the WHO scientists quickly came to the conclusion that China was not to blame for covid-19. WHO just came out and announced that the new coronavirus did not come from the WIV after all. This is no surprise. Beijing has continued to resist calls for a strictly independent investigation, and finally got everything in order to manipulate WHO scientists into submission. The team of WHO scientists, comprised of experts from ten different countries, arrived on January 14, 2021. They were only allowed on visits organized by their Chinese hosts, and weren’t allowed to have contact with members of the community. From the beginning, the Chinese government restricted research on the origins of the outbreak and ordered scientists within the WIV not to speak to reporters.

WHO scientist defends China and attacks Donald Trump and US intel

Since the meeting, WHO scientists such as Peter Daszak began to attack the former President and his intel on the Chinese and the WIV. After meeting with the Chinese, Daszak wrote on Twitter: “Please don’t rely too much on US intel: increasingly disengaged under Trump & frankly wrong on many aspects…”

Peter Ben Embarek, the leader of the WHO mission, said a virus leak from the WIV is so improbable. “It will NOT be suggested as an avenue of future study,” he said. In other words, the leader of the WHO investigation is too afraid to stand up the Chinese Party and conduct an actual investigation. Another member of the WHO team, Danish scientist, Thea Koelsen Fischer, dissented to Embarek and said that the team should not rule out the possibility of further investigation as new leads come forward. Embarek, taking the story of the Chinese, asserts that the virus traveled from a bat to another animal and then to humans. He said the only other possibilities include transmission from bats to humans or transmission through frozen food products.

For more on the coverup and the unfolding war with China, check out Pandemic.News.

TAIP PAT SKAITYKITE:
15.05.2021 laikas 19:17 Medical Health WATCH: Health Ranger talks with Jeffrey Prather about covid, pine needles, Native American medicine and more
If you are concerned about those who have been “vaccinated” with the Wuhan coronavirus (Covid-19) “shedding” spike proteins onto you through close contact, you will not want to miss the following episode of The Health Ranger Report....