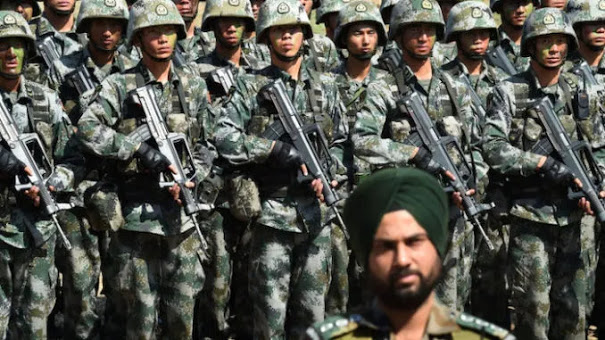 China has deployed over 60,000 soldiers to India’s Himalayan border in a dramatic escalation of tensions between the two countries, according to reports.

US secretary of state Michael Pompeo said in a statement: “The Indians are seeing 60,000 Chinese soldiers on their northern border.”

Commenting of the closer ties between India and the US, Mr Pompeo added: “They absolutely need the United States to be their ally and partner in this fight as the Chinese have now begun to amass huge forces against India in the north.”

Express.co.uk reports: Tensions have soared in the Himalayan region since troops from both China and India broke into hand-to-hand fighting in June.

This was when 20 Indian troops and an unknown number of Chinese died in the high altitude violent conflict.

“And the United States under President Trump’s leadership has now built out a coalition that will push back against the the threat.”

Mr Pompeo had attended the second Quad ministerial with the foreign ministers of India, Japan and Australia.

He said:”I was with my foreign minister counterparts from India, Australia, and Japan, a format that we call the Quad, four big democracies, four powerful economies, four nations, each of whom has real risk associated with the threats imposed attempting to be imposed by the Chinese Communist Party.

“And they see it in their home countries too.”

Speaking after the Quad meeting Mr Pompeo said: “They see, the people of their Quad nations understanding that we all slept on this for too long.

“For decades, the West allowed the Chinese Communist Party to walk all over us.

“The previous administration bent a knee, too often allowed China to steal our intellectual properties and the millions of jobs that came along with it.

“They see that in their country too.”

The Quad ministerial meeting happened in early October in Japan.

At the meeting Japanese minister of foreign affairs Motegi Toshimitsu said: “The Free and Open Indo-Pacific vision is increasingly important in the post Covid-19 world so we would like to confirm the importance of further deepening the collaboration among us and many other countries to realise the vision.”

Beijing hit out at the Quad meeting calling it an “exclusive clique”.

Wang added: “We hope the relevant countries can think more of the regional countries’ common interests and contribute to regional peace, stability and development rather than doing the opposite.”

Both the Indian and Chinese sides have had recent diplomatic talks to resolve the conflict in the Himalayas.

But, there has been no breakthrough in these talks.

Since August, China has been attempting to occupy Indian territory in the southern bank of Pangong lake.