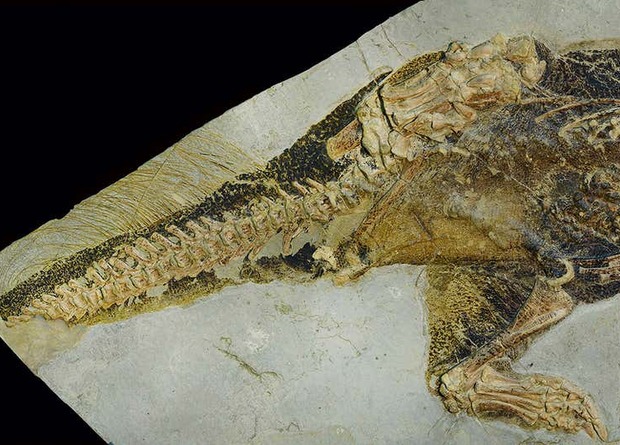 Scientists have known for a long time that once upon a time crocodiles inhabited Europe. However, a new find of fossils of two crocodiles in Spain suggests that 6 million years ago, giant creatures Crocodylus checchiai of African origin lived here.

When there were no people on Earth yet, animals felt like real kings! Crocodiles could swim anywhere, crossing straits, seas and even oceans

Scientists from the University of Valencia say that the remains they found belong to the first crocodiles in the Iberian Peninsula, who arrived in Europe 6 million years ago. The authors of the study also emphasize that, most likely, from these places Crocodylus checchiai could have spread over most of Europe in the late Miocene. And since two separate individuals were found at once, it can be assumed that a whole population once lived in these places. During the “colonization” of Europe, these reptiles spread to the southern regions of the Mediterranean, as evidenced by previous Italian finds that had not previously been thoroughly studied.

Now that scientists know for sure that Crocodylus checchiai was once in Europe, they want to understand how he got to these places from Africa. The authors of the new work put forward the theory that animals could very well have sailed to Europe through the sea, since modern crocodiles are excellent swimmers who can reach speeds of up to 32 km / h in water.

For example, the modern salted crocodile quietly “goes out to the open sea” in search of food on the islands. There are other examples that support this hypothesis. Because of its anatomical resemblance to the American crocodile, the extinct Crocodylus checchiai, which originated in Libya and Kenya, may well have been its ancestor. This may indicate that once Crocodylus checchiai was able to cross the Atlantic Ocean.