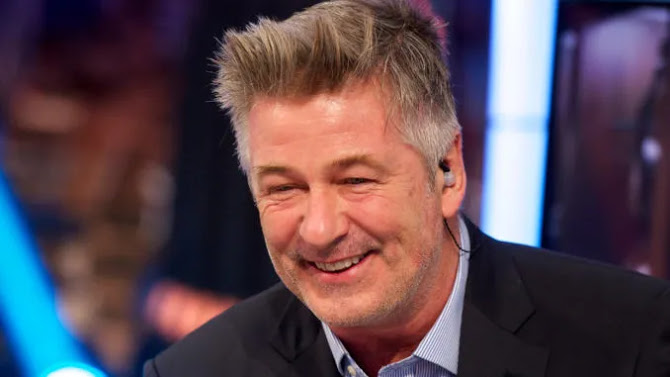 Actor Alec Baldwin has called for the US president to be buried in a “Nazi graveyard” with a “swastika on his grave” in his latest scathing Twitter rant against Donald Trump.

In a distrurbing tweet on Sunday night, Baldwin actually called on his followers to “Bury Trump in a Nazi graveyard and put a swastika on his grave.”

Bury Trump in a Nazi graveyard and put a swastika on his grave.
The majority of Americans made the right choice.
Trump is a maniac.

RT reports: The actor also praised “the majority of Americans” for making “the right choice” to elect Trump’s Democratic rival Joe Biden earlier this month. While Biden’s victory has not been certified, the media establishment has declared him the winner and his campaign has already begun announcing cabinet picks.

The tweet was one in a series of condemnations of Republican politicians and pundits that Baldwin posted in the wake of Saturday’s “Million MAGA March,” which saw thousands of Trump supporters converge on Washington DC. Marked by numerous clashes between attendees and counter-protesters, the event provided ample opportunity for #Resistance Twitter to celebrate their apparent election victory.

It was far from the first time Baldwin smeared the president he has impersonated for years on network television by invoking the Third Reich, however. In 2018, he claimed “a National Socialist tumor in [the US’] body…growing day by day” should “compel” Americans to remove Trump from office by any means necessary – though it’s unclear if the ‘tumor’ was supposed to reference the president’s followers or the man himself.

Nor has Baldwin been alone in his renewed enthusiasm for the ‘orange Hitler’ motif in the aftermath of what remains a hotly-contested election. On Sunday, the Israeli consul general actually complained to CNN about a segment by anchor Christiane Amanpour last week, that had compared Trump’s term as president to Kristallnacht. Consul general Anat Sultan-Dadon demanded an apology from the network, accusing Amanpour of “using the memory of the Holocaust for cheap headlines for a political agenda.”

And Trump-hating psychiatrist Bandy Lee, who wrote a whole book diagnosing the president with various mental disorders despite never having examined him, argued in the run-up to this month’s election that Trump was actually worse than the Nazi leader because “at least Hitler improved the daily life of his followers, had discipline, and required more of himself to gain the respect of his followers.”

Lee wasn’t the first to make that claim, actually – Bruce Bartlett, a former official in the George Bush and Ronald Reagan presidential administrations, argued in 2018 that Hitler was actually the better of the two because he had “served honorably in the military…was faithful to his wife….[and] wrote a book.”