California to Release Over 1,800 Prisoners, Including Rapists, to Combat Spread of Coronavirus 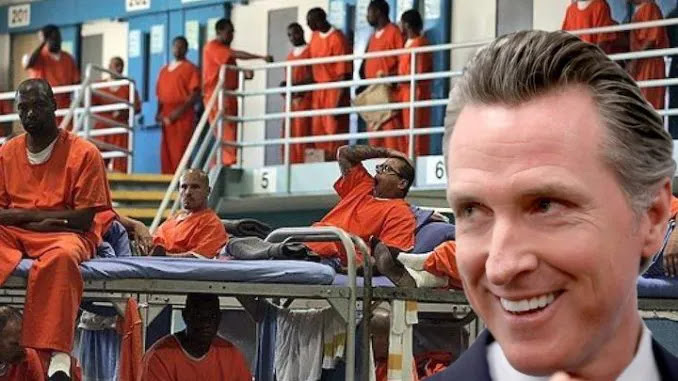 Over 1,800 dangerous criminals could be released into the streets of California in order to reduce the spread of the coronavirus, after a judge ordered Orange County to reduce its prison population by a whopping 50%.

“We are evaluating the order, its impacts and our options for appeal,” Orange County Sheriff Don Barnes said in a statement.

“If the order stands, it will result in the release of more than 1,800 inmates.”

Please see my statement below following an order from the court mandating the release of more than 1,800 inmates from the Orange County Jail. pic.twitter.com/Y6PuIKVlPr

Washingtonexaminer.com reports: The Friday ruling by the Orange County Superior Court was made in response to a lawsuit filed by the American Civil Liberties Union with the stated goal of trying to “protect medically vulnerable people and people with disabilities detained at the Orange County Jail,” according to CBS 2 News Los Angeles.

The judge ruled that Barnes’s “deliberate indifference to the substantial risk of serious harm from COVID-19 infection to … medically vulnerable people in [his] custody violates their rights.”

Barnes maintains that releasing the inmates, including some who have been convicted of violent crimes, poses a risk to the community.

“Many of these inmates are in pre-trial status for, or have been convicted of, violent crimes and will be released back into the community,” Barnes said. “This order puts our community at substantial risk and does not take into account the impact on the victims of these crimes.”

The Orange County District Attorney’s Office agreed with Barnes and said in an emailed statement to the Washington Examiner that “dangerous” criminals will be released back onto the streets and residents will be victimized.

“A judge’s ruling to reduce the inmate population in the Orange County jail system by half will release dangerous and violent criminals back into our neighborhoods to commit more crimes and victimize more people,” The statement said. “This is not fearmongering; it is a fact.”

Inmates have been released all across the country over the past several months in order to protect prisoners from the coronavirus in a move that has sparked outrage from some residents and police groups.