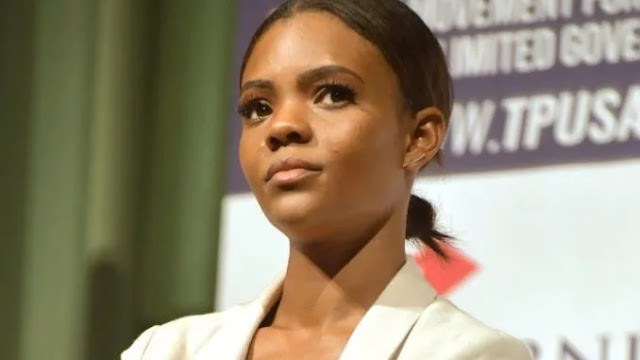 “Black Lives Matter is a Marxist movement disguised as racial unrest,” according to Candace Owens, who warns “We fight now, or lose America to violent communism.”

“These thugs are delivering ultimatums to businesses & schools: Do as we say, or burn,” Owens continued.

In the past week, two Black Lives Matter co-founders have had their Marxist backgrounds exposed, adding weight to claims the group is a radical leftist organization trained to disrupt American society and promote a modern multicultural variety of Marxist ideology.

Black Lives Matter co-founder Opal Tometi’s links to Communist Venezuelan dictator Nicolas Maduro have been exposed, and co-founder Patrisse Cullors admitted to being a “trained organizer” and “trained Marxist” in a resurfaced video.

Hawk Newsome, a Black Lives Matter leader also issued an ominous threat on Fox News, threatening that “If this country doesn’t give us what we want, then we will burn down the system and replace it,” before warning that he could be “speaking literally.”

According to Candace Owens, the liberal media is manipulating African Americans and “trying to inspire a race war” in an election year.

Owens urged her African American compatriots to stop rioting and acting “like a trained chimpanzee every single time the media runs a story.“

“That’s how you have to be black? Listen to your psychological conditioning,” Owens said.

“If to be black, you can’t speak in proper English, or you’re “acting white.” Right? To be black, you instantly have to jump up like a ****** trained chimpanzee – excuse my language – like a trained chimpanzee every single time the media runs a story, and act angry, and riot, and talk about how pained you were to see this happen to black people, but keep your mouth shut, right, when it happens black-on-black because if you talk about the black-on-black crime, you’re a race traitor, right?”

Owens also suggested that African Americans can learn from the example set by Scottish people in the 17th century.

“Scottish people were severely behind the English people, just in terms of everything. And David Hume inspired and uplifted and challenged the Scottish people by saying if we want to get ahead, we have to learn English,” Owens said.

“In a matter of years, in a matter of decades, the Scottish people passed the English people in engineering, and in the sciences. And it’s because they challenged themselves to be better, and not to be worse. They didn’t pretend that somehow having a broken language, having broken-down families was a symbol of who we are. And that is so unique to Black America. I won’t subscribe to it. People say that’s how you have to be Black.”