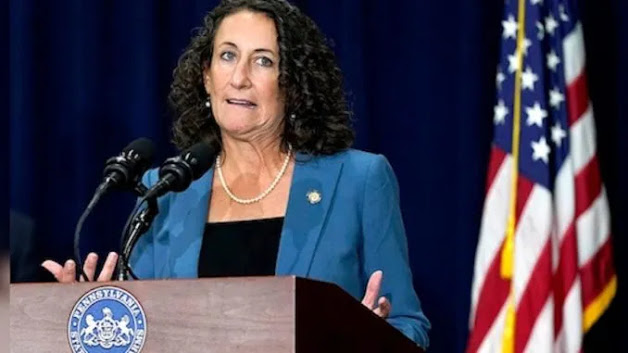 Democratic Pennsylvania Secretary of State Kathy Boockvar on Friday declared she would not order a recount of her state’s election results, despite President Trump’s ongoing legal challenges in key battleground states.

The Pennsylvania Department of State released a statement, saying:

“Based on the unofficial returns submitted by all the counties to the Department of State, Secretary Boockvar has determined that she will not be ordering a recount and recanvass of the election returns in the counties, as no statewide candidate was defeated by one-half of one percent or less of the votes cast.  This includes the following races: President of the United States, Attorney General, Auditor General, and State Treasurer.”

“We are extremely grateful to all 67 counties who have been working overtime and putting in an extraordinary effort to count every vote, with so far more than 6.8 million votes having been counted,” Boockvar stated. “The counties continue to adjudicate and count the approximately 100,000 provisional ballots issued to voters at the polls on Election Day, as well as the more than 28,000 military and overseas ballots that were cast in this election.”

Earlier Friday, attorneys for the Trump campaign withdrew from representing him in challenges to election results in Pennsylvania. The New York Times reported that Porter Wright lawyers “have held internal meetings to voice similar concerns about their firm’s election-related work for Mr. Trump and the Republican Party, according to people at the firm. At least one lawyer quit in protest.”