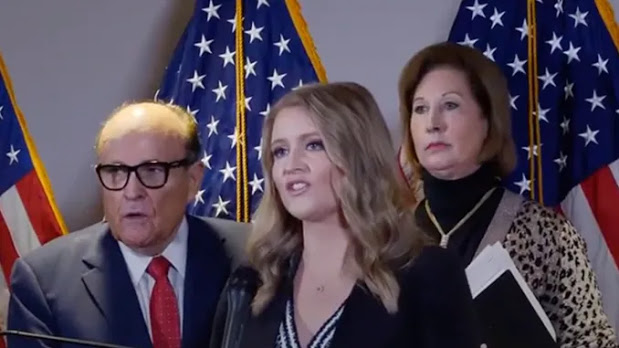 President Trump’s campaign lawyers have said that they would file an appeal to the Third Circuit court after a federal judge dismissed a lawsuit to challenge the results of the election in Pennsylvania.

“Today’s decision turns out to help us in our strategy to get expeditiously to the U.S. Supreme Court. Although we fully disagree with this opinion, we’re thankful to the Obama-appointed judge for making this anticipated decision quickly, rather than simply trying to run out the clock.”

U.S. Middle District Judge Matthew Brann dismissed the suit on Saturday “with prejudice,” issuing a stinging rebuke to the campaign for trying to “disenfranchise almost seven million voters.” He wrote:

One might expect that when seeking such a startling outcome, a plaintiff would come formidably armed with compelling legal arguments and factual proof of rampant corruption, such that this Court would have no option but to regrettably grant the proposed injunctive relief despite the impact it would have on such a large group of citizens. That has not happened.

Ellis and Giuliani argued that their evidence showed that 682,777 ballots in Pennsylvania were cast illegally, after poll workers denied the Republican party’s right to independent review, and said they wished to present their evidence in court.

“This is just an extension of the Big Tech, Big Media, Corrupt Democrat censorship of damning facts the American public needs to know,” they wrote.