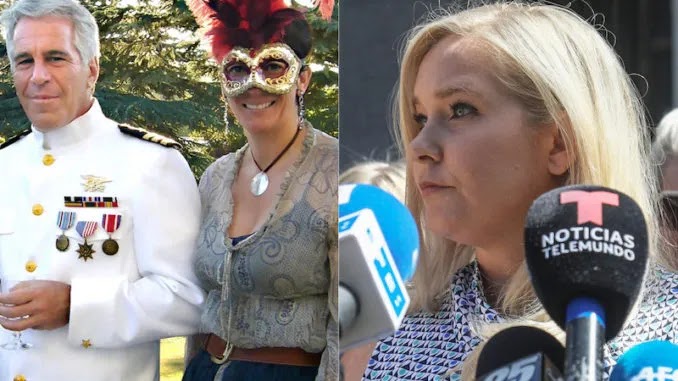 A federal judge has ordered attorneys for Virginia Giuffre, who publicly accused Jeffrey Epstein of sex trafficking, to destroy files they obtained on Epstein.

Epstein was arrested in July 2019 on charges of sex trafficking and conspiracy to engage in sex trafficking. Weeks later he was found dead in his cell. Allegedly, Epstein procured women to have sexual relations with elite VIPs, such as Prince Andrew and Bill Clinton.

Information about Epstein, taken from a 2015 civil suit filed against Epstein by Giuffre, allegedly contained the names of individuals with whom Epstein had conducted “business.”

Newsweek report: Senior U.S. District Judge Loretta Preska ruled Wednesday that Giuffre’s lawyers had come into possession of the documents improperly, noting that the protective order could only be enforced during the civil lawsuit proceedings which had already been settled. Preska wrote that all the materials in the files “shall be destroyed.“

Preska also requested proof that the documentation had been destroyed. “Counsel shall submit an affidavit detailing the steps taken to do so,” Preska’s ruling added.

Preska’s ruling came after a request by attorney Alan Dershowitz to gain access to the documents. Giuffre has claimed that Dershowitz was one of the men Epstein forced her to have sex with. In response, Dershowitz sued Giuffre for defamation in 2019. Dershowitz claimed that obtaining the Epstein files would be an asset to his defense.

Preska said in her ruling that Dershowitz’s desire to see all of the files “with over a thousand docket entries” was not a “targeted strike” but a “carpet bombing.”

In a statement sent to Newsweek on Thursday, Dershowitz said the evidence should remain intact.

“I oppose the destruction of evidence that may contain smoking gun proof that my false accuser made up her story,” Dershowitz said. “I want all the evidence preserved because I have absolutely nothing to hide. I did nothing wrong. The evidence to be destroyed may also contain proof of wrongdoing by others. It should be preserved for appeal and for history. Destroying evidence risks destroying truth.“

Upon returning from a trip to France in 2019, Epstein was arrested. Indictment documents alleged that Epstein had “sexually exploited and abused dozens of minor girls at his homes in Manhattan, New York, and Palm Beach, Florida, among other locations.” Epstein also allegedly “created a vast network of underage victims for him to sexually exploit.” Investigators also reported finding incriminating photographs of underaged naked girls inside a safe in Epstein’s Manhattan home.