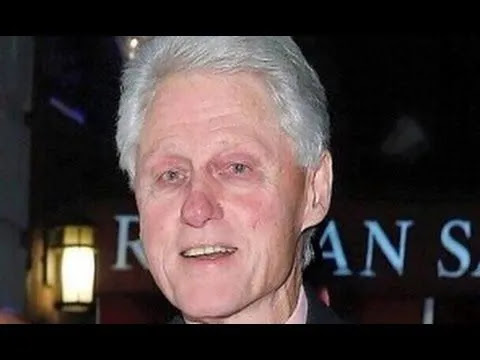 A sickly Bill Clinton is reportedly spending his days sitting in front of the TV and worrying that his wife will leave him because of claims he visited his pedophile pal Jeffrey Epstein’s private island.

RT reports: The Sun newspaper cites a lifelong friend of both Clintons in reporting that any further embarrassing revelations about Bill’s infamous sex life could be the “final straw” for the marriage of 45 years.

“Now Hillary is no longer running for office of any kind – what Bill is worried about is that she has no reason to stay with him,” the source claimed.

He’s petrified she will leave him. He just sits at home, he’s in poor health, watching TV around the clock.

“Hillary has all the money she needs, she’s busy with her new podcast – she doesn’t really need him for anything,” they added.

Bill Clinton has faced many allegations of womanizing both before and after the Monica Lewinsky scandal that marred his presidency. However, the source claimed that he never felt the need to comment on them until the claim about visiting Epstein’s island arose.

“He felt he had to issue a strong denial of this because he thinks Hillary might leave him. This one really worries him because of the attention it’s getting and of course because of Epstein’s links with underage girls,” the friend said.

Earlier this year, the 74-year-old denied ever visiting Epstein’s Caribbean island – Little St James. However, the ex-president’s longtime aide said in a new Vanity Fair interview that Clinton had visited the island in January 2003.

Clinton previously admitted that he’d traveled with Epstein on multiple occasions, but denied any awareness of the convicted pedophile’s crimes.

The friend told the newspaper that Hillary used to have somebody reporting Bill’s whereabouts to her when she lived in Washington DC and he lived in New York in the early 2000s.

“Allegations of womanizing have been a constant in their marriage and Hillary has always put up to it but only to an extent,” the source explained.

“There has been talk of divorce – through the Monica scandal, through all these things, of course there was, but there never could be a divorce. Now there could… I don’t think she will at this stage, but Bill certainly thinks it is a possibility,” they added.