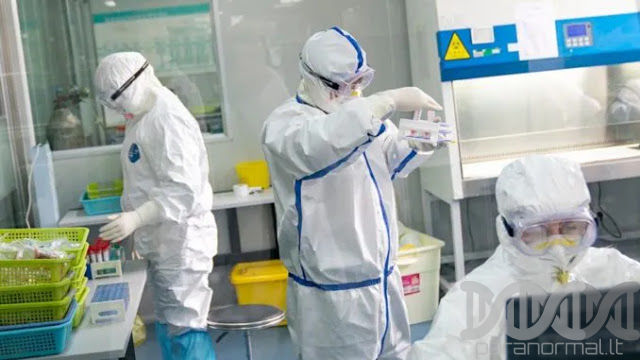 Former head of MI6 Sir Richard Dearlove has said that he believes the coronavirus pandemic “started as an accident” when the engineered virus escaped from a laboratory in China.

In an interview with The Telegraph, Dearlove said he had seen an “important” new scientific report by British and Norwegian researchers which suggested that the virus did not emerge naturally but was man-made by Chinese scientists.

The paper he cited was reportedly “watered down” to remove accusations against Beijing.

RT reports: “I do think that this started as an accident,” Sir Richard Dearlove, who led Britain’s top spy agency, MI6, from 1999 until 2004, told the Telegraph’s Planet Normal podcast.

“It raises the issue, if China ever were to admit responsibility, does it pay reparations? I think it will make every country in the world rethink how it treats its relationship with China and how the international community behaves towards the Chinese leadership.“

Dearlove suggested that the virus was not released deliberately, but rather accidentally leaked when Chinese scientists were experimenting on bat coronaviruses. To back up his claims, he cited a recently-published peer-reviewed study by a British-Norwegian team which claimed to have found “inserted sections placed on the SARS-CoV-2 Spike surface” that allow the virus to come into contact with human cells.

The ex-MI6 chief told the Telegraph that the study was rewritten several times. The research paper originally said that the novel coronavirus should be called the “Wuhan virus” – the name of the Chinese city where it was first recorded – and claimed to have proven that the virus was “engineered,” the newspaper reported, citing an earlier draft of the study.

The Telegraph also said that researchers from the Francis Crick Institute and Imperial College London rejected the study’s conclusions, while “leading academic journals” such as Nature and the Journal of Virology found the study unsuitable for publication.

The report says that one of the study’s original authors had withdrawn his name from the research before the paper was “watered down” to remove any explicit allegations against Beijing. However, intelligence officials reportedly looked through its findings before publication.

Since the first weeks of the Covid-19 outbreak, media reports and some Western politicians have alleged that the SARS-CoV-2 virus may have originated from a high-profile virology lab in Wuhan. US officials have been particularly keen on blaming China, with President Donald Trump saying that the country must compensate for the damages caused by the outbreak.

Beijing has repeatedly denied these claims.

In late April, the US Office of the Director of National Intelligence stated that the virus “was not manmade or genetically modified.” Likewise, intelligence sources told the Guardian last month that there is no evidence that the coronavirus was released from a Chinese lab, or that a possible leak could have caused the pandemic.