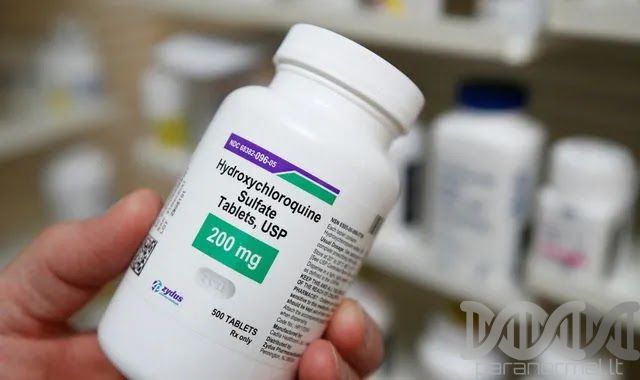 The World Health Organization and a number of world governments have changed their Covid-19 policies and treatments on the basis of flawed data from a small little-known US healthcare analytics company.

Surgisphere, whose employees appear to include a sci-fi writer and adult content model, provided the database behind hydroxychloroquine studies which were published by the Lancet and New England Journal of Medicine.

RT reports: The World Health Organization (WHO) sheepishly resumed testing the off-patent malaria drug hydroxychloroquine on coronavirus patients on Wednesday after pausing that arm of its ‘Solidarity’ clinical trial based on data that appeared to show the drug contributed to higher death rates among test subjects. That data, it turned out, came from a tiny US healthcare analytics firm called Surgisphere, and calling it faulty would be excessively charitable.

Not only is Surgisphere a company lacking in medical expertise – its employees included an “adult” entertainer and a science-fiction writer – but its CEO Sapan Desai co-authored two of the damning studies that used the firm’s data to smear hydroxychloroquine, already thoroughly demonized in the media thanks to its promotion by US President Donald Trump, as a killer. All data is sourced to a proprietary database supposedly containing a veritable ocean of real-time, detailed patient information yet curiously absent from existing medical literature.

The Surgisphere-tainted study appeared to show increased risk of in-hospital deaths and heart problems with no disease-fighting benefits, confirming the suspicions of medical-industry naysayers already inclined to hate the off-patent drug due to the lack of profit potential and Trump’s incessant boosterism. Italy, France, and Germany rushed to ban hydroxychloroquine, citing “an increased risk for adverse reactions with little or no benefit.”

But such a shameless character assassination performed against a potentially-lifesaving drug – especially one with a decades-long track record of safety in malaria, lupus, and arthritis patients that came highly recommended by some of the world’s most eminent disease experts, including France’s Didier Raoult – could only be accomplished with help from industry prejudice. It required ignoring numerous existing studies showing hydroxychloroquine was beneficial in treating early-stage Covid-19 patients, as well as anecdotal reports from thousands of doctors who’d successfully used it.

It also required trusting a fly-by-night company with next to no internet or media presence to make decisions that could affect the lives of millions of people. It’s not like there weren’t warning signs Surgisphere was something other than the top-notch medical analytics firm it presented itself as. The company began life as a textbook publisher in 2008 and hired most of its 11 employees two month ago, according to an investigation by the Guardian, yet it claimed ownership of a massive international database of 96,000 patients in 1,200 hospitals worldwide. One expert interviewed by the outlet said it would be difficult for even a national statistics agency to do in years what Surgisphere had supposedly done in weeks, calling the database “almost certainly a scam.” Yet no one at the Lancet or WHO thought to look a gift horse in the mouth – not when that gift drove a stake through the heart of hydroxychloroquine as Covid-19 treatment.

And while Australian researchers found flaws in the Surgisphere data just days after the May 22 publication of the Lancet study, noting that the number of Covid-19 deaths cited by the study as coming from five hospitals exceeded the entirety of Covid-19 deaths recorded in Australia at that time, the Lancet – instead of investigating just who this Surgisphere company really was, and why it had made such a glaring mistake – merely published a minor retraction related to the Australian data and put the controversy to bed.

The full-frontal assault on hydroxychloroquine was instead allowed to continue unchecked in the media, as mainstream outlets focused their energies on fluffing up remdesivir – a costly, untested drug manufactured by drug maker Gilead that has so far produced lackluster results in clinical trials – and stumping for an eventual vaccine. Hydroxychloroquine’s off-patent status meant it was a dead end as far as profits were concerned, while remdesivir and whatever vaccine is ultimately green-lighted will make a lot of people very rich. Perhaps hoping to throw their audiences off the real reason for their hydroxychloroquine hatred, several outlets hinted that Trump stood to make money off the drug (which costs about 60 cents per pill) – but even Snopes, no fan of the ‘Bad Orange Man’, had to pour cold water on that speculation.

The Lancet and New England Journal of Medicine have – belatedly – published “expressions of concern” about the Surgisphere hydroxychloroquine study, and an independent audit is being conducted. But the problem of biased health authorities selectively embracing some trial results while rejecting others is unlikely to stop there.

The Lancet study is hardly the only one to show hydroxychloroquine lacks efficacy in treating Covid-19. Multiple studies conducted by the US National Institutes of Health on hospitalized (i.e. severely-ill) coronavirus patients have yielded poor results, but even the drug’s most ardent evangelists acknowledge it doesn’t help end-stage or very sick patients. Raoult has even claimed France banned the drug’s use in all but the most severely ill patients in order to discredit it as a treatment. The US National Institutes of Health was publishing studies in its journal Virology touting chloroquine as “a potent inhibitor of SARS coronavirus infection” as far back as 2005, yet ‘coronavirus czar’ Anthony Fauci throws shade at the drug whenever he gets a chance.

As long as deadly diseases like Covid-19 are seen as profit sources first and human rights issues second (or third, or tenth…), treatments that aren’t profitable will always be marginalized in favor of costly and frequently less-effective pharmaceuticals.