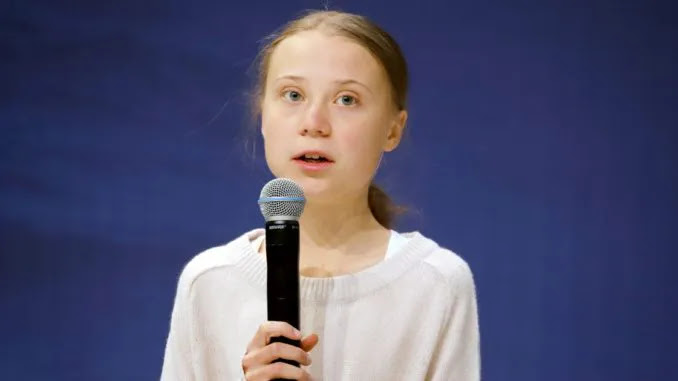 The footage shows part of an interview at UNICEF the day after UN summit speach in September 2019. In it the activist seems lost for words…

This is the very same Thunberg who has been praised by the media for her speeches denouncing world leaders who are not taking climate change seriously enough.

Summit News However, when the teenage campaigner was asked a question on that very subject, her response, or lack thereof, was remarkable.

After a long pause, Thunberg said, “Erm, I think…I’m sorry what was the first question?”

After the journalist repeated the question, Thunberg responded, “I think what we want to send…the message we want to send is to say that we have had enough and erm…”

Thunberg then looks to the woman sitting to her left before stating, “Anyone else want to answer that question? I can’t speak on behalf of everyone.”

The journalist then asks Thunberg the same basic question again, to which she responds, “I think maybe you should give some questions to the others as well.”

Thunberg’s performance was a complete 180 from the forcefulness of her usual scripted remarks.

As the Daily Mail previously reported, Thunberg’s rise to popularity was a carefully orchestrated public relations campaign, with many suspecting that her mother, also an environmental activist, is the real brains behind the operation.