J.K. Rowling Accused of Transphobia Over Comment About Menstruation 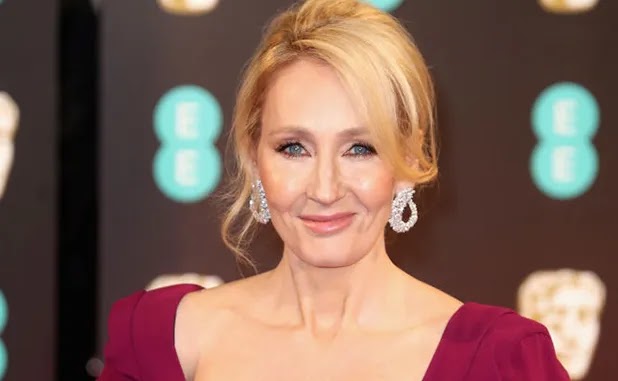 PEOPLE WHO MENSTRUATE." I’M SURE THERE USED TO BE A WORD FOR THOSE PEOPLE..." SAYS HARRY POTTER AUTHOR

J.K. Rowling has been accused of being transphobic after tweeting her response to an article about menstruation.

The Harry Potter author sparked outrage online after sharing her reaction to an article titled “Creating a more equal post-COVID-19 world for people who menstruate”. She said: “People who menstruate.’ I’m sure there used to be a word for those people. Someone help me out. Wumben? Wimpund? Woomud?”

‘People who menstruate.’ I’m sure there used to be a word for those people. Someone help me out. Wumben? Wimpund? Woomud?

The Mail Online reports: Disappointed fans and other users of the micro-blogging site branded the screenwriter’s remarks ‘anti-trans’ and ‘transphobic’, as transgenders, non-binary and gender-nonconforming individuals can also menstruate.

The producer stood by her tweet as she later insisted: ‘If sex isn’t real, there’s no same-sex attraction.

If sex isn’t real, the lived reality of women globally is erased. I know and love trans people, but erasing the concept of sex removes the ability of many to meaningfully discuss their lives. It isn’t hate to speak the truth.’

The media personality seemingly denied claims of transphobia as she insisted she ‘respects every trans person’s right to live any way that feels authentic and comfortable to them.’

J. K. elaborated: ‘The idea that women like me, who’ve been empathetic to trans people for decades, feeling kinship because they’re vulnerable in the same way as women – ie, to male violence – ‘hate’ trans people because they think sex is real and has lived consequences – is a nonsense.

‘I’d march with you if you were discriminated against on the basis of being trans. At the same time, my life has been shaped by being female. I do not believe it’s hateful to say so.

‘I’ve spent much of the last three years reading books, blogs and scientific papers by trans people, medics and gender specialists. I know exactly what the distinction is. Never assume that because someone thinks differently, they have no knowledge.’

Despite attempting to clarify her comments, the best-selling wordsmith was met with backlash, with one simply penning: ‘Why you do this’. [sic]

An endometriosis sufferer, who hasn’t had a period for years, also hit out, writing: ‘That’s interesting, because I have endometriosis and an IUD in place to treat it, and therefore, I no longer menstruate.

A third accused the children’s book star of using her platform to be a ‘bigot’, instead of speaking out on the Black Lives Matter movement in light on George Floyd’s murder. Source