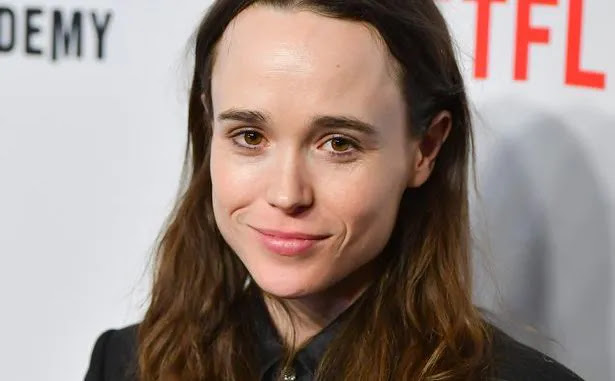 Hillary Clinton has congratulated the the Oscar-nominated actor formally known as Ellen Page after she announced that she is transgender.

Ellen now has a new name, Elliot and has chosen the pronouns he and they.

Breitbart reports: In a statement shared on social media Tuesday, Page announced that she was becoming a man. “I want to share with you that I am trans, my pronouns are he/they and my name is Elliot,” Clinton wrote. “I feel lucky to be writing this. To be here. To have arrived at this place in my life.”

I feel overwhelming gratitude for the incredible people who have supported me along this journey. I can’t being to express how remarkable it feels to finally love who I am enough to pursue my authentic self.

Page received congratulatory messages and support from many of her fans, politicians, and Hollywood colleagues, with Clinton being the most prominent of them all to date.

“It’s wonderful to witness people becoming who they are,” Clinton wrote on Twitter. “Congratulations, Elliot.”

It’s wonderful to witness people becoming who they are. Congratulations, Elliot. https://t.co/6vdKuH2slV

Best known for her Oscar-nominated role as a pregnant team in Juno, Page came out as a lesbian in 2014 and has since become a committed progressive activist. In her announcement on Tuesday, Page also launched a tirade against politicians skeptical of the transgender movement. Declaring these leaders have, “blood on [their] hands” for their supposed role in the murders of various trans women and ethnic minorities.

27.01.2021 laikas 08:13 Situation Update, Jan 26th – Trump makes moves toward parallel presidency as Biden agenda blockaded
The resistance to the corrupt Biden agenda is gaining steam and it’s now clear that numerous elements of the political machine are lining up to block Biden’s actions.