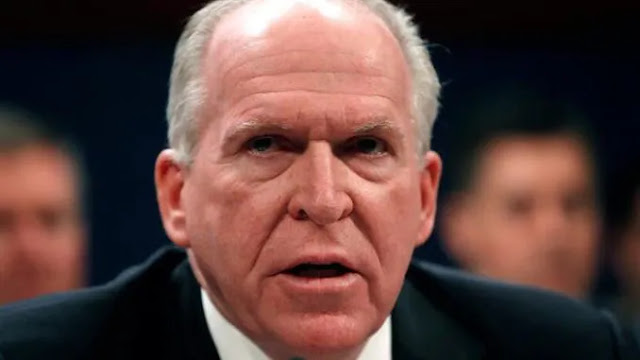 Former CIA Director and spygate chief John Brennan angrily lashed out at Trump on Thursday and suggested POTUS is a “despot.”

CBS News reporter Catherine Herridge on Wednesday obtained the list of Obama officials who unmasked General Flynn and released it to the public.

Brennan’s role in the unmasking of General Flynn was exposed to the public and US Attorney John Durham is now investigating the scandal.

Following the public exposure, Brennan is angry and lashed out at Trump on Thursday.

BRENNAN: President Trump’s propaganda & disinformation machine, which operates according to a despot’s playbook, is the most aggressive & odious in history. It far surpasses even Russia’s ability to trample the truth, harm U.S. security, & undermine America’s reputation worldwide.

.@realDonaldTrump’s propaganda & disinformation machine, which operates according to a despot’s playbook, is the most aggressive & odious in history. It far surpasses even Russia’s ability to trample the truth, harm U.S. security, & undermine America’s reputation worldwide.

Thegatewaypundit.com reports: It was also revealed that Brennan had intel saying Russia wanted Hillary Clinton to win the 2016 election because she was more malleable than Donald Trump.

Brennan however suppressed the intel that suggested Russia wanted Hillary to win and ran with narrative that all 17 intel agencies concluded Russia wanted Trump to become president.

The IG report released in December of 2019 confirmed John Brennan did indeed rely on the phony dossier for the ICA report on so-called Russian interference in the 2016 election.

John Brennan claimed in a May 2017 testimony under oath that Hillary’s phony dossier didn’t factor into the Intelligence Community’s Assessment report on Russian interference of the 2016 presidential election.

Brennan told Trey Gowdy during his testimony when asked if the CIA relied on the dossier, “No. Because we — we didn’t. It wasn’t part of the corpus of intelligence information that we had. It was not in any way used as a basis for the Intelligence Community assessment that was done. It was — it was not.”

On page 179 of the IG report, Comey told IG investigators that he remembered having numerous discussions with John Brennan where the former CIA Director said the dossier was “important” enough to include in the ICA — Comey confirmed that yes, the dossier was part of the “corpus of intelligence information” the agency had.

The core of the ICA report matches the central findings in Hillary’s phony dossier. For Brennan to claim the dossier wasn’t used for their findings is absurd, it’s a blatant lie.