Leftists Vow To Burn Homes of Trump Voters: “You’ve Been Given a Fair Warning” 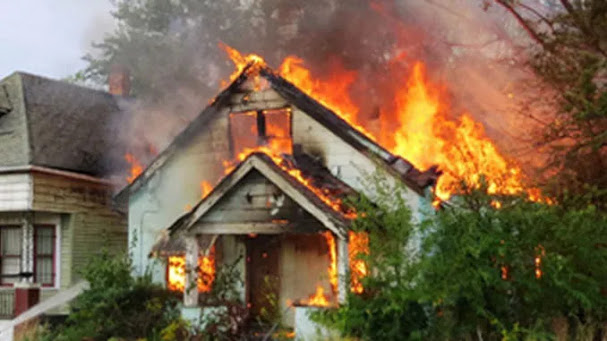 Trump voters in New Hampshire received letters threatening to burn down their homes if President Donald Trump does not concede defeat after losing the election.

The letter, which was sent to various homes in the Trump-supporting town, warned residents:

You have been identified by our group as being a Trump supporter. Your address has been added to our database as a target when we attack should Trump not concede the election. We recommend that you check your home insurance policy and make sure that it is current and that it has adequate coverage for fire damage. You have been given “Fair Warning.”

Always remember, it was “you” that started this Civil War. Be prepared to face the severe consequences of your pre-emptive actions against democracy.

”I was kind of quite shocked that anyone would send a letter out with that type of threat,” he admitted.

Quigley alerted the U.S. Postal Inspection Service, and said the thug who sent them could be charged with a serious crime.

“Not only with us, with criminal threatening.”

“It’s on a felony level, because of the threat of burning homes down and causing injury, but it could also be with the postal inspectors, something on the federal level.”

This is being sent all over the country to American citizens who have dared put Trump campaign signs in their yards. pic.twitter.com/EW8nA0yyzi

“I was very taken aback. This is my home.

“You’re not supposed to threaten my home.

“I’m very worried in the sense that this is going on in my town.”

Dailywire.com reports: Milford is a small town of roughly 15,000 people; Brookline is even smaller, with roughly 5,000 people.

The threats follow a “suspicious” fire incident in Minnesota in late September. Law enforcement officials in the state began investigating a fire that burned down a garage and three vehicles at a Trump-supporting household, calling the fire “suspicious” and saying that the matter was under investigation.

“This morning, at 3:48am our house was supposedly targeted by BLM/Antifa,” the family wrote in a Facebook post. “We woke up to a loud explosion, and saw that our camper was on fire, along with both of Dennis’s trucks, his garage and our entire back yard. Thank God our main house is safe. We are safe. Our children are safe. Thank you so much to the Brooklyn Center Police Department, Minnesota for helping us get our family out of the house, and a special thanks to officer C. Jordan and another officer and firefighters for saving our dogs. He said it was so hot they almost had to leave them. Thank you God we are alive and safe, and pray that justice is served.”

In mid-September, in Maine, Trump supporters found dog poop in their mailboxes, allegedly courtesy of a middle-aged woman riding a bicycle. Alyshia Canwell, a patrol officer with Hampden Public Safety, told WGME, “She has been picking up dog feces and putting it in mailboxes, specifically of people who have Trump signs outside,” adding, “She has been also defacing Trump signs, writing comments on the signs.