Researchers discover molecular link between diet and risk of cancer 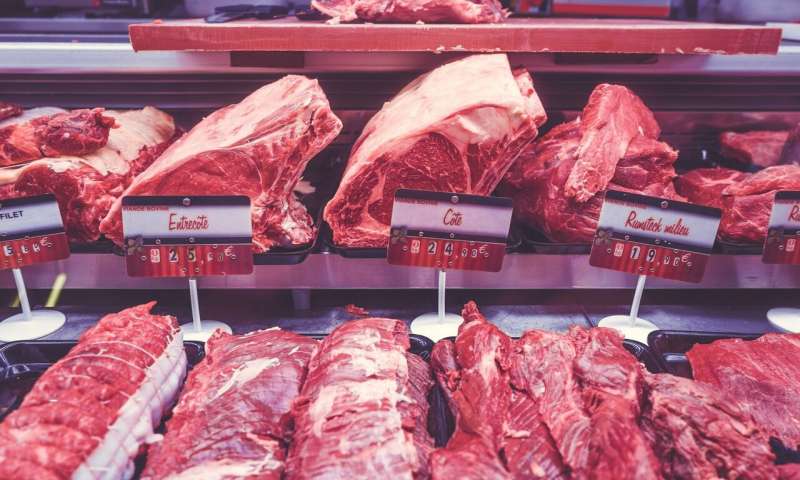 An international team of researchers has identified a direct molecular link between meat and dairy diets and the development of antibodies in the blood that increase the chances of developing cancer. This connection may explain the high incidence of cancer among those who consume large amounts of dairy products and red meat, similar to the link between high cholesterol and an increased risk of heart disease.

The study was led by Dr. Vered Padler-Karavani of the Department of Cell Research and Immunology at the Shmunis School of Biomedicine and Cancer Research at Tel Aviv University's George S. Wise Faculty of Life Sciences. The results of the research were published on September 23, 2020, in BMC Medicine.

Neu5Gc is a sugar molecule found in the tissues of mammals but not in poultry or fish. Humans develop antibodies to Neu5Gc in infancy, when they are first exposed to dairy and meat products. While it is known that these antibodies increase the risk of cancer, especially colorectal cancer, no direct link had been found between the antibodies and meat and dairy consumption.

For the study, the researchers used samples from NutriNet-Santé, an extensive national nutritional survey conducted in France. Salam Bashir, a Ph.D. student in Dr. Padler-Karavani's lab, together with other team members measured the amount of Neu5Gc sugar in a variety of dairy and meat foods common in the French diet and calculated the daily Neu5Gc intake of 19,621 adults aged 18 and over, who reported all of their food intake online over a period of several days.

The research team then took a representative sample of 120 participants and tested the levels of the anti-Neu5Gc antibodies in their blood.

Based on these findings and the quantification of Neu5Gc sugar in various food products from France, Dr. Padler-Karavani and her team created an index called the Gcemic index. This index ranks foods whose excessive consumption can lead to an increase in the antibodies—and possibly to an increase in the risk of cancer.

"We found a significant correlation between high consumption of Neu5Gc from red meat and cheeses and increased development of those antibodies that heighten the risk of cancer," Dr. Padler-Karavani says. "For years there have been efforts to find such a connection, but no one did. Here, for the first time, we were able to find a molecular link thanks to the accuracy of the methods used to measure the antibodies in the blood and the detailed data from the French diet questionnaires."

Dr. Padler-Karavani adds that this combination of methods allowed the researchers to predict that those who eat a lot of red meat and cheese will develop high levels and a different variety of the antibodies, and therefore may be at higher risk for cancer—especially colorectal cancer, but other cancers as well.