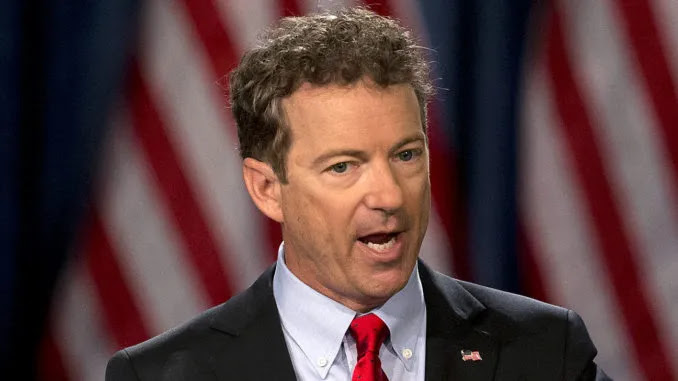 Sen. Rand Paul has gone on record questioning the legitimacy of the election results, comparing the more than 1 million stimulus checks that were sent to dead people to possible voter fraud.

The Treasury Inspector General for Tax Administration reported this summer that 1.1 million coronavirus aid checks were sent to people who had already died. The checks totaled nearly $1.4 billion.

After the report, the watchdog recommended that Congress “provide Treasury with access to the Social Security Administration’s full set of death records, and require that Treasury consistently use it, to help reduce similar types of improper payments.”

Rep. Thomas Massie seemed to echo Paul, questioning the integrity of voting via mail when most “of what shows up in your mailbox is junk mail.”

“75% of what shows up in your mailbox is junk mail… and some people thought this would be a good venue for holding a presidential election?” he tweeted Monday.

75% of what shows up in your mailbox is junk mail… and some people thought this would be a good venue for holding a presidential election?

Sen. Ted Cruz joined Fox’s Maria Bartiromo on Sunday and said that President Trump could still win the 2020 election amid his legal battles in states such as Georgia and Pennsylvania.

“Historically, mail-in votes are much more likely to be disqualified in a recount than in-person votes. Generally, in-person votes — they’re conducted at the polling place, and they usually stand. That means what we’re likely to see in the next few weeks as the recounts go forward is that Joe Biden’s very, very narrow majorities in some of these states, those totals are likely to drop if we see mail-in votes when they’re examined being invalidated as contrary to the law,” Cruz said.

He added that he believes Trump “still has a path to victory, and that path is to count every single legal vote that was cast, but also not to count any votes that were fraudulently cast or illegally cast.”