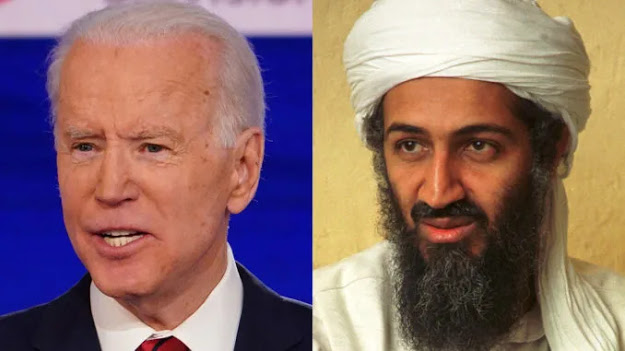 As the nation remembers the 9/11 attacks and mourns the 3,000 Americans who lost their lives that day, it is important to also remember that Democrat presidential nominee and former vice president Joe Biden is on record admitting he voted “no go” on the SEAL mission that killed Osama bin Laden.

While Joe Biden continues to promote himself on the campaign trail as a man of action who makes the right calls, when the time came for a gutsy call, the vice president said ‘don’t go.’

During remarks at a Democratic congressional retreat in 2012, Biden explained that when it came time to make the final decision, he was stricken with doubt and uncertainty and “hedged” his bet.

When the president asked his top advisers for their final opinion on the mission, all of them were hesitant, except for the former CIA director Leon Panetta, Biden said.

“Every single person in that room hedged their bet except Leon Panetta. Leon said go. Everyone else said, 49, 51,” Biden said, as he offered the unsolicited details of the decision-making process.

“He got to me. He said, ‘Joe, what do you think?’ And I said, ‘You know, I didn’t know we had so many economists around the table.’ I said, ‘We owe the man a direct answer. Mr. President, my suggestion is, don’t go. We have to do two more things to see if he’s there,’” Biden recalled.

While Biden did not explain what those two more things were, the next morning the president ignored Biden and gave National Security Adviser Tom Donilon the “go” to launch the SEAL raid of the compound.

“He knew what was at stake, not just the lives of those brave warriors, but literally the presidency,” Biden said.

Biden is all too aware that he didn’t have the guts to make the call and got the biggest decision of the Obama presidency wrong, which is why he changed his story years later to claim that he had actually supported the raid.

That history is important to remember as the 19th anniversary of the September 11 attacks rolls around and as Biden seeks to become the next commander in chief.