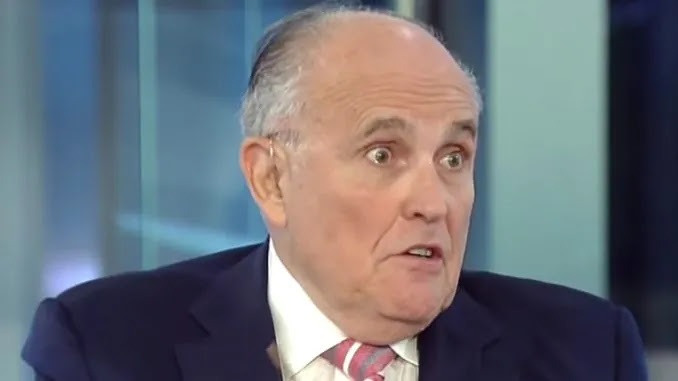 Rudy Giuliani has described what he says are disturbing photos of underage girls  — including “straight out-and-out child pornography” — on Hunter Biden’s laptop, which were handed over to the police in New Castle County, Delaware on Monday.

In an episode of “Rudy Giuliani’s Common Sense” podcast on Wednesday, Giuliani identified some of the most disturbing contents allegedly contained on Biden’s laptop (which, combined with evidence of Joe’s involvement in Hunter’s shady international business dealings, would give any foreign adversary massive leverage over a Biden administration).

That was troubling in and of itself, but then there was one that was straight out-and-out child pornography. Just straight – I mean, as [Justice] Potter Stewart once described pornography as ‘you can’t define it, but you know it when you see it.’

Well, you know this when you see it.

We also knew what our obligations were because Bernie [Kerik, a senior VP at Giuliani Partners and former interim Interior Minister of Iraq after Operation Iraqi Freedom] had been a policeman, and I had been an assistant US Attorney and a Mayor. As a public official, had I seen that, I’d have to report it. I’d be a mandatory reporter as are medical people. When you see child pornography, or you see evidence that we also saw in the text messages and emails of an unsafe environment for the children.

Considerably unsafe environment for the children. Again, I will not go into detail as to why. That’s for the Delaware police.

Now, you would say ‘well this was already with the FBI,’ but I have no indication, no evidence that the FBI has ever done anything with this. Or anything with the very serious and obvious overwhelming evidence of numerous crimes having been committed by Joe Biden, which they seem to be ignoring, which no prosecutor in the world could possibly ignore. So I was afraid they ignored the young girl, or young girls.”

Later in the podcast (21:15), Giuliani summarizes ‘things that have come out so far’ – “because there’s so much to this hard drive that it’d be impossible for me to analyze it professionally before the election.“