Scientists have figured out which forests absorb carbon dioxide better 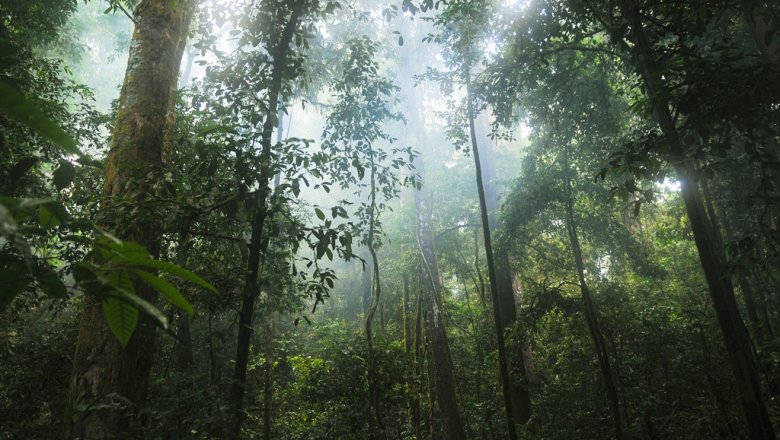 Equatorial and tropical forests, characterized by an abundance of plant species, are able to absorb the maximum possible amount of carbon dioxide. In areas with cold and arid climates, the role of forests as “carbon storage” depends not on biodiversity, but on the density of trees. This conclusion was reached by an international group of scientists led by specialists from the University of Geneva.

In their opinion, climate warming, accompanied by more frequent extreme weather events than before, is a difficult test for forests. Meanwhile, plants play an important role, absorbing carbon dioxide from the atmosphere and converting it into carbon through photosynthesis. The rate of accumulation of greenhouse carbon dioxide in the atmosphere depends on how successfully they cope with this function. Scientists in their study sought to test the hypothesis that forests with a high degree of biodiversity are the most efficient at absorbing CO2.

Scientists relied on observation data from forests on five continents. According to lead author of the scientific work Jaime Madrigal-Gonzalez, “the abundance of plant species does not always appear to be sufficient to maximize the amount of carbon stored in the forest.” Experts have found that only in the most “productive” forests of the planet – humid equatorial and tropical, as well as in forests of temperate climates affected by fires and over-logging, a high level of plant biodiversity provides maximum carbon accumulation in trees. In regions with very cold or very arid climates, the efficiency of CO2 storage in wood depends not on the variety of species, but on the number of trees. “In such regions, an increase in the number of species does not always lead to the quantitative growth of trees and thus does not make a large contribution to the accumulation of carbon,” said Madrigal-Gonzalez.

Scientists believe that this study is of great practical importance. It will help develop a strategy for afforestation in a warming climate. Experts published the results of their research in the journal Nature Communications.