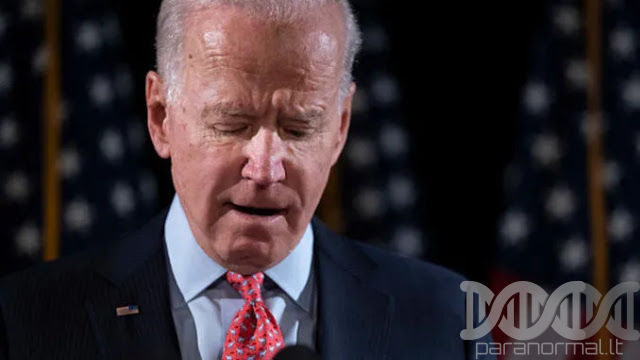 Kessler, who wrote a book about the Secret Service entitled ‘The First Family Detail,’ discovered that while former First Lady Hillary Clinton is intensely disliked by most agents, former Vice President Joe Biden comes in a close second.

“Mr. Biden’s lack of consideration was even more stunning when it came to female agents,” Kessler writes, “who were offended that the vice president bizarrely swam naked in front of them often daily at his pools at the vice president’s residence in Washington and at his home in Delaware.”

He subjected these poor women to this almost every single day.

Breitbart.com reports: While Secret Service agents have nothing but nice things to say about the Obamas and Trumps, who are consistently considerate of those protecting them, Biden was consistently thoughtless.

With just a few moments notice, Biden would decide to fly home to Delaware, disrupting any plans the agents might have had. This turned their “personal lives into nightmares.”

“It’s tough on people’s family lives and marriages,” a Secret Service agent told Kessler. “Because of the fluid schedule, we don’t have the manpower to allow any time for firearms requalification or physical fitness training.”

“Biden likes to be revered as everyday Joe, and that’s his thing,” a second agent added. “But the reality is no agents want to go on his detail because Biden makes agents’ lives so tough.”

Think about the kind of sick pervert who would, without her consent, expose himself to a female Secret Service agent?

If you want to talk about a man abusing his power, how about the vice president of the United States parading around naked in front of helpless, female Secret Service agents who have no agency to pushback — they just shut up and take it from a jerk they’re willing to take a bullet for.

When we learned Harvey Weinstein and Charlie Rose were exposing themselves to women without their consent, we were all correctly horrified by such a thing, by their appalling abuse of power.

So how is Weinstein or Rose exposing themselves in the shower or by popping open their respective bathrobes any different from Biden swimming nude in front of female Secret Service agents?

This unbelievable creep has not only been credibly accused of a violent sexual assault, has not only been hit with seven other accusations of unwanted touching and kissing, but we have video after video of him pawing women and children, making them visibly uncomfortable in public with his unwanted kisses and hair-sniffing.

There is something terribly, unforgivably wrong with Rapey Joe Biden. Source