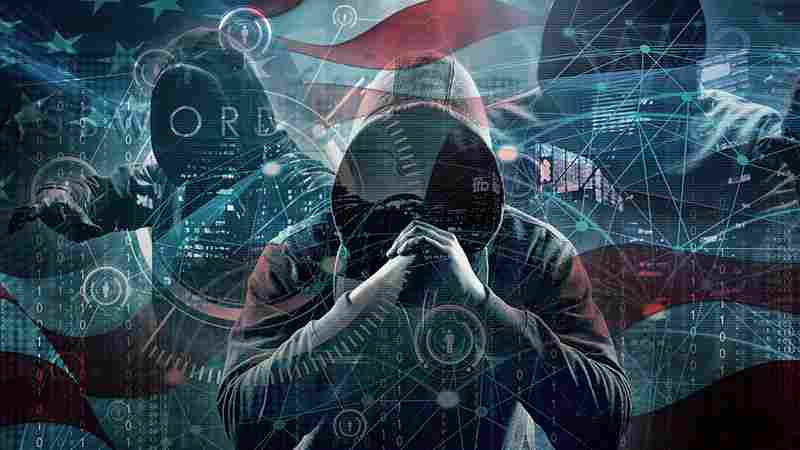 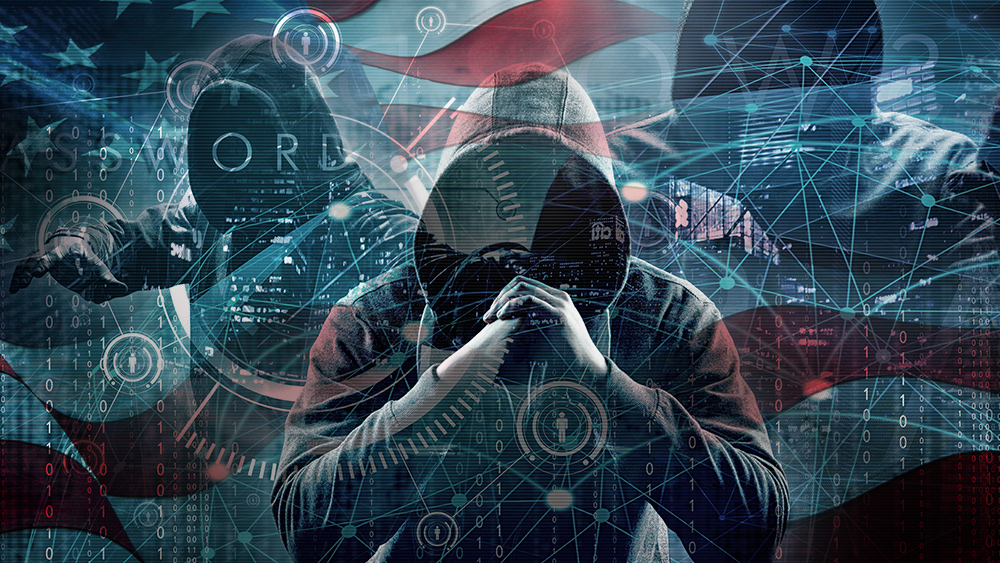 Today’s Situation Update for Dec. 16th is embedded below. It runs about 87 minutes. Here are the highlights:

VIDEO WILL APPEAR HERE ONCE PROCESSING IS COMPLETE ON BRIGHTEON. CHECK BACK AND REFRESH.

Listen to each day’s Situation Update from Brighteon.com at the Health Ranger Report channel:

Report from the Allied Security Operations Group about Dominion Voting Systems and the forensic audit:

“We conclude that the Dominion Voting System is intentionally and purposefully designed with inherent errors to create systemic fraud and influence election results,” Russell Ramsland Jr., co-founder of Allied Security Operations Group, said in the report.

“The system intentionally generates an enormously high number of ballot errors. The electronic ballots are then transferred for adjudication,” he added.  The intentional errors lead to bulk adjudication of ballots with no oversight, no transparency, and no audit trail.”

It is critical to understand that the Dominion system classifies ballots into two categories, 1) normal ballots and 2) adjudicated ballots. Ballots sent to adjudication can be altered by administrators, and adjudication files can be moved between different Results Tally and Reporting (RTR) terminals with no audit trail of which administrator actually adjudicates (i.e. votes) the ballot batch. This demonstrated a significant and fatal error in security and election integrity because it provides no meaningful observation of the adjudication process or audit trail of which administrator actually adjudicated the ballots. The results of the Antrim County 2020 election are not certifiable. This is a result of machine and/or software error, not human error. Significantly, the computer system shows vote adjudication logs for prior years; but all adjudication log entries for the 2020 election cycle are missing.

Clark County Nevada Dominion Machines ALSO Kicked out “About 70% of Ballots” – It Was in the Settings! – The GatewayPundit

Senate Majority Leader Mitch McConnell (R-KY) reportedly urged GOP senators to refrain from objecting to electoral votes when it comes time to count them in Congress next month, making the remarks on a caucus call Tuesday.

McConnell, who formally recognized Joe Biden and Kamala Harris as president-elect and vice president-elect on Tuesday, reportedly told colleagues that an objection “isn’t in the best interest of everybody,” per the Hill…

He tweeted: “This is BIG NEWS. Dominion Voting Machines are a disaster all over the Country. Changed the results of a landslide election. Can’t let this happen.” He shared a post containing the report on social media.

In another post, he writes “Many Trump votes were routed to Biden … This Fake Election can no longer stand.”

The report alleges Dominion was designed for fraud on purpose.

It reads: “We conclude that the Dominion Voting System is intentionally and purposefully designed with inherent errors to create systemic fraud and influence election results.”

“The intentional errors lead to bulk adjudication of ballots with no oversight, no transparency, and no audit trail. This leads to voter or election fraud. ”

Every single voting machine used in this year’s election should be impounded and reviewed for forensic analysis, according to attorney Sidney Powell, who believes there is more than enough criminal probable cause to justify such a move.

Powell, who has filed a number of election-related lawsuits in multiple states, said President Donald Trump could use his 2018 executive order on foreign interference that would give him certain authorities.

“That gives him all kinds of power—to do everything from seize assets, to freeze things, demand the impoundment of the machines,”

“Every voting machine in the country should be impounded right now,” Powell added. She has also filed emergency requests to the Supreme Court in a bid to decertify the 2020 election results in order to prevent electors from casting their votes in four states.

Fifty-seven percent (57%) of Republicans, however, say the legal challenges are likely to result in Trump’s reelection, with 36% who say it’s Very Likely.

Wisconsin’s Supreme Court ruled on Monday that public health restrictions amid the CCP virus pandemic are not valid reasons for people to vote absentee without showing an ID.

Under Wisconsin’s election law, a voter may declare him- or herself “indefinitely confined” because of age, physical illness, or infirmity—a status that allows one to submit an absentee ballot application without providing a photo ID. In a March 25 statement on his Facebook, Dane County clerk Scott McDonell encouraged “all voters who request a ballot and have trouble presenting a valid ID” to “indicate as needed that they are indefinitely confined due to illness.”

Tremendous problems being found with voting machines. They are so far off it is ridiculous. Able to take a landslide victory and reduce it to a tight loss. This is not what the USA is all about. Law enforcement shielding machines. DO NOT TAMPER, a crime. Much more to come!

68% error rate in Michigan Voting Machines. Should be, by law, a tiny percentage of one percent. Did Michigan Secretary of State break the law? Stay tuned!

“The people did not say which other agencies, but late Sunday Austin, Texas-based IT company SolarWinds said software updates it released in March and June of this year may have been surreptitiously tampered with in a “highly-sophisticated, targeted and manual supply chain attack by a nation state.”

JUST RELEASED: Emergency Directive 21-01 calls on all federal civilian agencies to review their networks for indicators of compromise and disconnect or power down SolarWinds Orion products immediately. Read more: http://cisa.gov/news/2020/12/13/cisa-issues-emergency-directive-mitigate-compromise-solarwinds-orion-network

Arizona GOP Chairwoman Kelli Ward said that her state’s Republican Electoral College electors, who on Monday cast their votes for President Donald Trump, believe they are the electors that “represent the legally cast votes in our state.”

Republican electors in seven states, including Arizona, on Monday cast their Electoral College-style votes for Trump

Ward, who serves as one of Arizona’s 11 GOP electors, told NTD Television’s “The Nation Speaks” on Monday that she believes Republican electors in all the states in question share her perspective that they represent the legitimately-cast votes in the November election, which she said was marred by irregularities and allegations of fraud.

“Better to be safe than sorry…Make sure you have PLENTY of water, food, flashlights & batteries, candles, radio, 2nd Amendment supplies, & a plan to meet with leaders of your communities”

“America is in dire need of a good housecleaning…Way too much corruption & greed. @realDonaldTrump is going to clean it up for We The People…Steady”.

Sec. 3: No person shall be a Senator or Representative in Congress, or elector of President and Vice President, or hold any office, civil or military, under the United States, or under any State, who, having previously taken an oath, as a member of Congress, or as an officer of the United States, or as a member of any State legislature, or as an executive or judicial officer of any State, to support the Constitution of the United States, shall have engaged in insurrection or rebellion against the same, or given aid or comfort to the enemies thereof. But Congress may by a vote of two-thirds of each House, remove such disability.

The American Medical Association (AMA), in a surprising move, has officially rescinded a previous statement against the use of Hydroxychloroquine (HCQ) in the treatment of COVID-19 patients, giving physicians the okay to return to utilizing the medication at their discretion.

Speaker of the House Nancy Pelosi (D-Calif.) is showing a “dereliction in duty” by failing to make public a plan for congressional aides and Capitol complex employees to get the CCP virus vaccination, according to Rep. Rodney Davis (R-Ill.).

“There has got to be a plan in place, and she failed miserably in the planning for the House testing earlier this year, so she needs to show a little more foresight in the vaccination process and plan ahead,” Davis told The Epoch Times on Dec. 15.

MSNBC / Dr. Gupta: “Just because you get vaccinated after the second dose does not mean you should be traveling. … You could still get infected and pass it along to others.”

Jeff Rosen in at DOJ – DOJ.gov