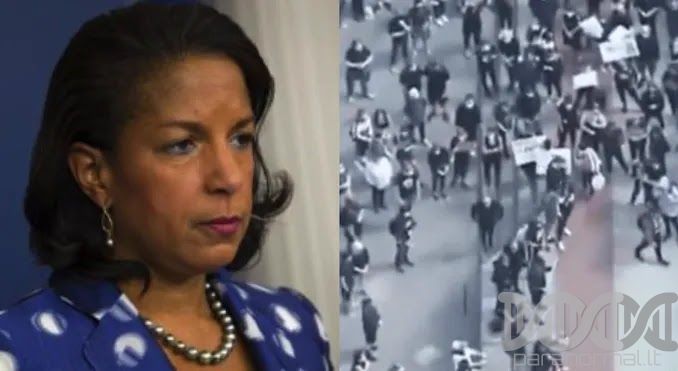 “I’m the mother of a black son… I live with that visceral fear that something terrible could happen to them.” pic.twitter.com/DEnlgSOQZ1

WOLF BLITZER: We haven’t heard from President Trump today, other than a couple of tweets. One tweet going after the news media for fomenting, in his words, hatred, and anarchy, and other things. Another tweet reads the United States of America will be designating Antifa, which is a far-left group, as a terrorist organization. What does that say to you?

SUSAN RICE: When he goes after journalists, which as you know very well, on a daily basis, but does so at a moment when journalists are out in the streets trying to exercise their constitutional right to keep the American people informed and they are being attacked themselves by police officers. We just had your colleague on the line who was arrested. We’ve seen local reporters being shot in some of our streets with rubber bullets and everything else. This is not a moment for a leader to incite violence against the media or violence against peaceful protesters. To designate Antifa a terrorist organization is fine, but let’s also focus on the right-wing terrorist organizations, the white supremacists, that he’s in the past called very fine people.

We have a problem here. We have peaceful protesters focused on very real pain and disparities we’re all wrestling with that have to be addressed. And then we have extremists, who have come to try to hijack those protests and turn them into something very different. I would bet based on my experience, I’m not reading the intelligence these days, but based on my experience, this is right out of the Russian playbook as well.

We have peaceful protesters focused on the very real pain and disparities that we’re all wrestling with that have to be addressed, and then we have extremists who’ve come to try to hijack those protests and turn them into something very different. And they’re probably also, I would bet based on my experience, I’m not reading the intelligence these days, but based on my experience this is right out of the Russian playbook as well. I would not be surprised to learn that they have fomented some of these extremists on both sides using social media.

I wouldn’t be surprised to learn that they are funding it in some way, shape, or form.