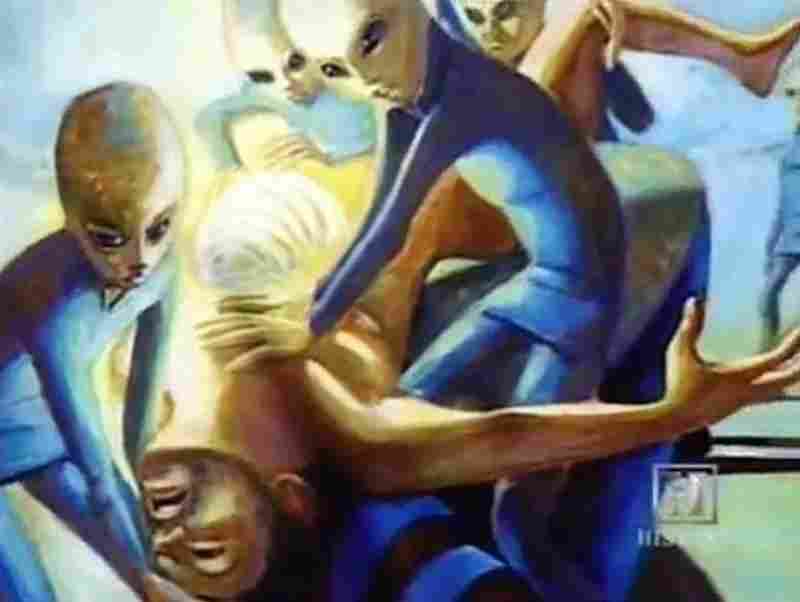 The Allagash Abduction is a purported UFO sighting and alien abduction that is alleged to have occurred in 1976.

The witnesses said the incident started on August 20, 1976, when four men, all in their early-twenties, ventured on a camping trip into the wilderness near Allagash, Maine. The group consisted of twin brothers Jack and Jim Weiner, their friend Charlie Foltz, and their guide, Chuck Rak.

They say their first day went by without incident. However, on their second night, they noticed a bright light not far from their campsite which they first passed off as being a helicopter or weather balloon, but later noticed it displayed a strange quality of light.

Suddenly, the object imploded and disappeared. The following day went by without incident, as the first. The men were unlucky in their fishing so they decided to try it at night.

They set camp on the shore of Eagle Lake on August 20. As darkness settled, the men built a blazing campfire which they expected to burn for several hours to be used as a beacon for their campsite while out on the lake. They then headed out in a canoe. 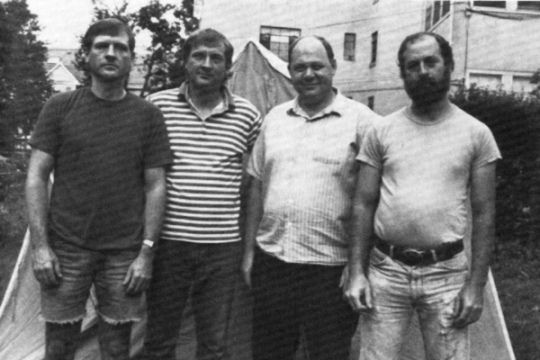 After a short time, Rak noticed the bright light they had seen two nights before in the distance above the tree line. He called the others’ attention to it. They watched the object intently and noticed it appeared to be much larger this time and made no sound. Foltz grabbed a flashlight and began flashing an SOS.

Suddenly, a bright beam of light shot out from the bottom of the craft and it quickly made its way towards the men. All men, minus Rak, began to paddle furiously back towards shore. Rak seemed entranced by the object as it closed in on them. Suddenly, the light enveloped the canoe and the four men.

The next thing the men knew, they were back on shore at their campsite. They stood at the edge of the water and stared blankly at the craft, which was hovering no more than a few dozen feet from them. After watching for several minutes, the craft suddenly imploded, as it had done two nights previous, and reappeared over the treetops on the other side of the lake. It then shot upwards into the sky.

The men suddenly all felt exhausted and decided to sleep for the night. The large fire they had made only minutes previous was now a pile of burnt embers. Without much conversation following the unusual incident which just took place, the men went to sleep. The next morning, the men spoke little of the incident and packed their belongings to move to a new campsite.

Jack Weiner was the first to start having nightmares. In these dreams, he saw beings with long necks and large heads. He saw the beings examining his arm while Jim, Chuck, and Charlie sat on a nearby bench, not able to intervene. 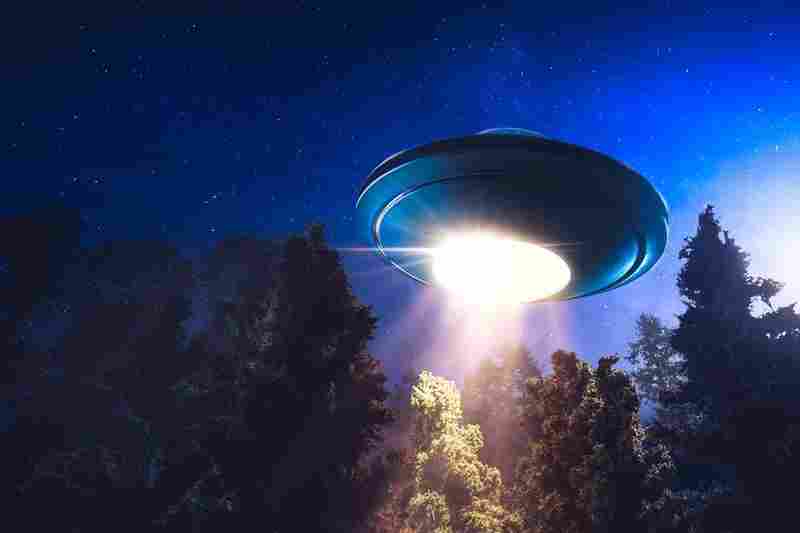 The beings had large metallic glowing eyes with no lids, and their hands were insect-like, with four fingers. The other three men were experiencing very similar dreams, with short, mental clips of that night on the lake. In 1988, out of curiosity, Jim Weiner attended a UFO conference hosted by Raymond Fowler.

Weiner met Fowler afterwards and related his strange encounter. The investigator was excited about Jim’s story, especially the fact that it was a multiple witness occurrence. Fowler suggested to Jim that he and the others undergo regressive hypnosis.

After the sessions it was revealed that all four of the men had memories of being abducted and subjected to humiliating physical examinations, including the taking of skin and fluid samples.

The description of the aliens was consistent. The four men – being artists – were able to make detailed sketches of the entities, the craft, and the examining instruments. Chuck Rak added that the aliens’ test area was similar to a vet’s office, with a silvery table.

He also related a strange fact: he had much difficulty in focusing on the aliens. When he tried, he could not put an exact image to them. He compared it to trying to tune in a fuzzy radio station.

After the psychiatric examinations, all four of the men were deemed to be mentally stable, and they all passed lie-detector tests.