The Ghost Story Of McDow Hole On Highway 6 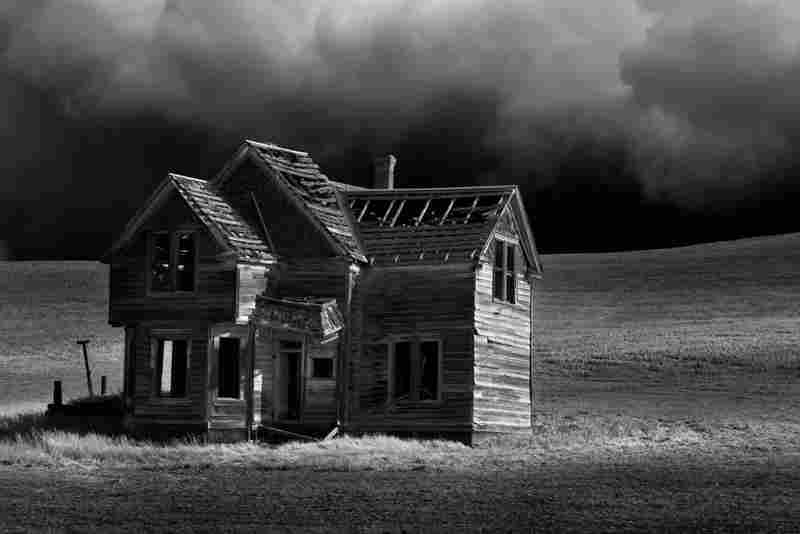 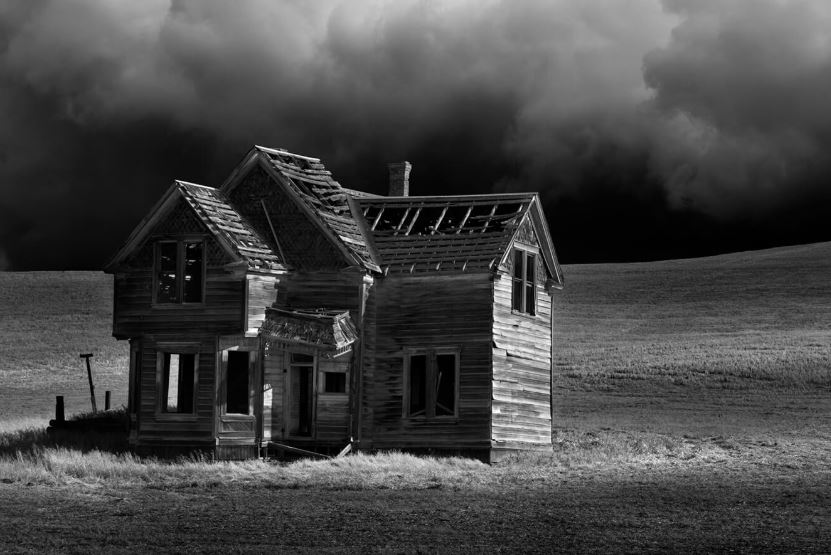 In the 1860s, Charlie and Jenny Papworth with their infant son Temple made a treacherous journey to what is now known as Alexandra, Texas. Purchasing a spread next to Charlie’s cousin Jim McDow’s, they built a cabin 200 yards from Green Creek a.k.a. McDow’s Hole and got settled.

About five years later, Charlie and Jenny welcomed their second son. Unfortunately, not long after the blessed event, Charlie received word his parents had died. In their will, he received all of their furniture. The only way it could be transported was by train and Texarkana was the end of the line out west, 200 miles away.

Charlie made arrangements for the furniture to be shipped and set off with his wagon to pick it up. A decision he would come to regret. The increasing danger of cattle rustlers, worried him. He insisted Jenny and the kids not sleep at home; therefore, a routine was established.

Jenny stayed in their cabin by day, preparing for winter and caring for their children. At night, she would bundled up the children and ride to either the McDow’s or Keith’s place.

About a month after Charlie’s departure, Jenny and the children didn’t show up at the McDow’s. Mrs. McDow checked with Mrs. Keith the next day and discovered they had not slept their either. The two women rode to the Papworth’s cabin.

Upon their arrival, nothing seemed out of place. However, no one answered the door. The two entered the cabin, finding no sign of Jenny or the children, but all was not right. A scuffle had taken place leaving two overturned chairs and a small spot of blood on the floor. They feared the worst. The sound of a sob from under a bed brought them some hope.

They found five year old Temple hidden and scared to death. The child attempted to talk but was never able to give a coherent account of what happened to his mother and brother. A search party was quickly formed.

A large, obnoxious man named Brownlow soon pointed the finger at the Comanche despite there not being any reports of them in the county. It was because of his insistence on their guilt that made him the suspect in some eyes. His quirt or whip was also found near the Papworth cabin.

He claimed to have been by the day before to talk to Jenny and there was no way to disprove his statement. Therefore, the search party pursued the Comanche which led to no sign of Indians or the missing Papworth family members. Charlie returned two weeks later only to discover his world destroyed. He was told Indians were responsible but he grew to suspect Brownlow as well.

Back then, many took the law in to their own hands. Brownlow took advantage of this fact when he sensed he was under suspicion. He stirred up rumors about Charlie, calling him a horse their and rustler. Many refused to believe him but the damage had been done.

In 1867, one vigilante group, led by Brownlow, raided the area, dragging men from their beds. They forced Charlie out of his bed, tied his hands behind his back and made him mount a horse. He and six other men were strung up on the Papworth’s big pecan tree next to McDow’s Hole. The group fled at daybreak in fear of being discovered.

Charlie Papworth, thanks to his son Temple, was the only one to have survived. The next day, Charlie and Temple road off to the Oklahoma territory, never to return again. Later, on his deathbed, Brownlow confessed to killing Jenny Papworth and her infant son because she had witnessed him associating with known cattle rustlers.

Many who have stayed or lived in the abandoned Papworth cabin have witnessed Jenny walking in to a wall, scratching at the door, and the air becoming chilled. A woman has also been seen at McDow’s hole floating above the water sometimes holding a baby. Is it really the ghost of Jenny Papworth or the ghost of some other unfortunate person killed on the land?

If you are up for a little scary business, you can find McDow Hole is located off of Highway 6 between Dublin and Alexander. One word of caution: remember to follow all private property and no trespassing signage.