The Washington Post, Which Endorses Biden, Declares Biden Did Nothing Wrong 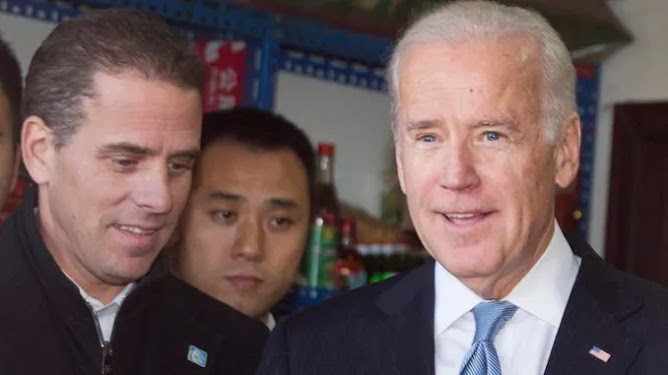 The Washington Post, which endorsed Joe Biden for president, has investigated his foreign lobbying scandal and declared that Biden is totally innocent.

The Biden-supporting newspaper has exonerated their favorite candidate.

On Wednesday, the New York Post revealed details of emails recovered from Hunter Biden’s laptop that exposed how Biden had introduced his father, then-Vice President Joe Biden, to a top executive in a Ukrainian energy firm a year before Biden pressured the government of Ukraine to fire a prosecutor who was investigating that very company.

The explosive story went viral online, despite determined efforts by Big Tech and the mainstream media to censor it.

“However, according to The Washington Post, then-Vice President Biden played no role in pressuring Ukraine officials into firing the prosecutor, who also was not investigating the energy firm,” states a Twitter summary, promoting WaPo’s investigation. 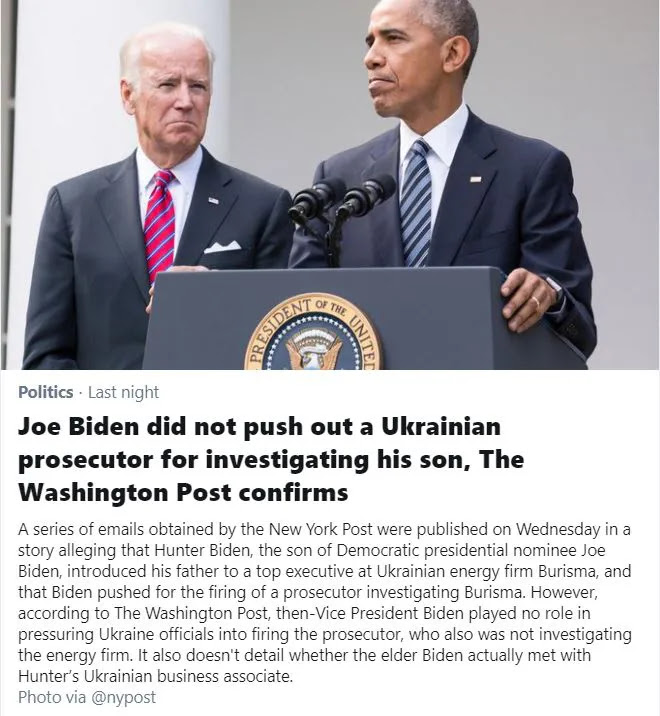 Summit.news reports: Late last month, the Washington Post editorial board announced the least shocking news ever, that the newspaper was officially endorsing Joe Biden for president, asserting that he “would restore decency, honor and competence to America’s government.”

So in other words, a Democratic Party establishment mouthpiece that has a long history of supporting Democratic presidential candidates and recently threw its weight behind Joe Biden’s presidential campaign, has concluded that Joe Biden did nothing wrong.

Wow, time to wrap it up. Scandal over.

Meanwhile, Goldilocks has concluded the official investigation into herself over claims of ‘eating the porridge’.

The investigation found that she didn’t eat the porridge.